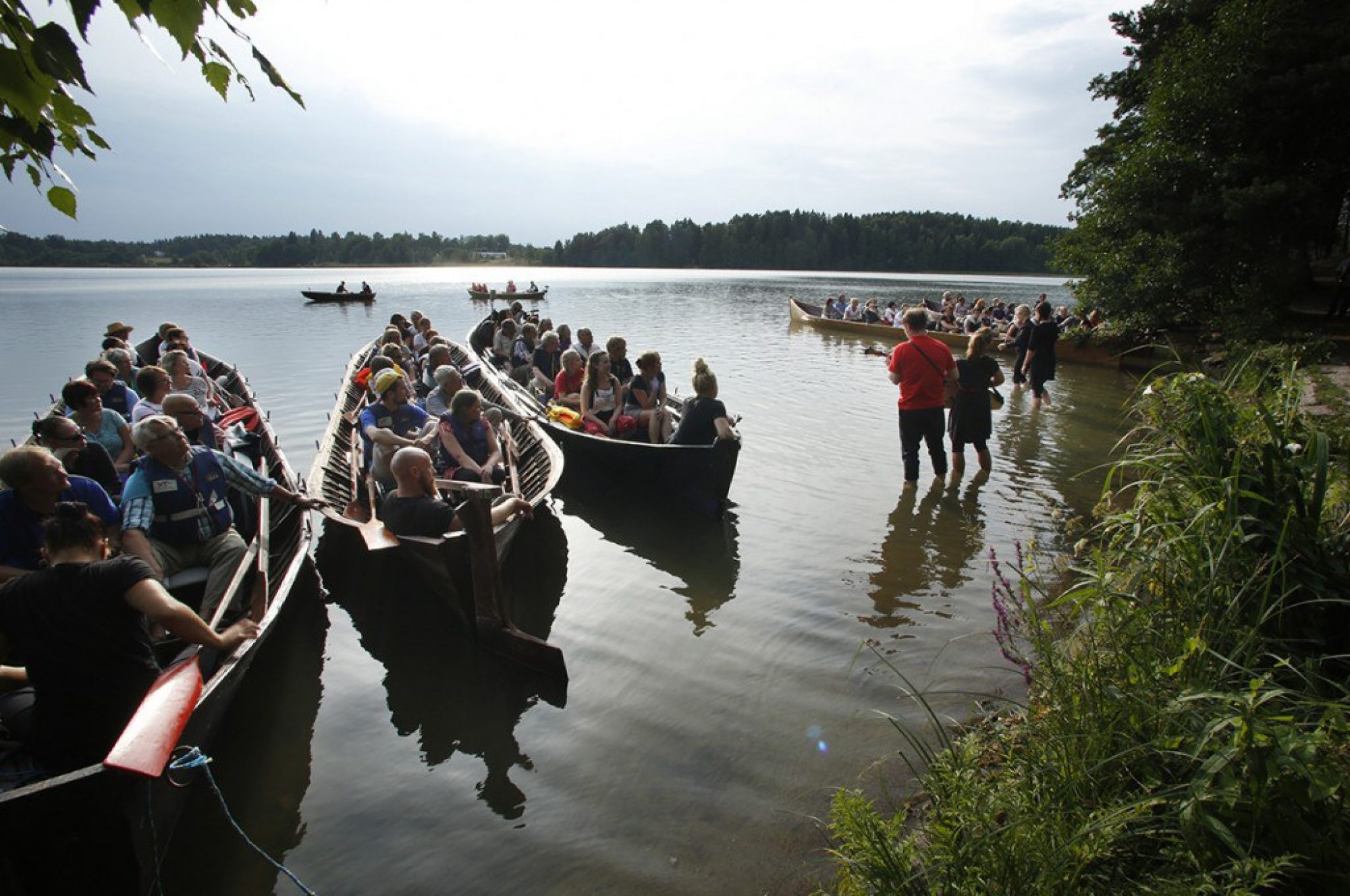 The Finnish festival summer is full of contemporary music – in fact, it’s so packed that you could fill the whole summer touring around the country, listening to contemporary Finnish composers. One of the big scale highlights is Savonlinna Opera Festival’s new staging of Aulis Sallinen’s Kullervo, but there are many smaller events with an interesting new repertoire.

One route to follow is to be on the lookout for talented young musicians, playing around the country during the summer, from the Chamber Summer in Helsinki to Kuhmo to Baroque music festivals.

Naantali Music Festival in the south-west coast of Finland is a well-established chamber music festival with an international aim. This year, the programme includes two world premieres by Kalevi Aho. Aho’s Cello concerto will be premiered on 5 June by cellist Arto Noras, the founder and long-standing director of the festival, with Lahti Symphony Orchestra and conductor Osmo Vänskä.  The second Aho premiere is a solo guitar piece Solo XI - Hommage á Munir Bashir, played by Ismo Eskelinen (12 June). The festival also includes a premiere of Introit of Pentecost by Jyrki Linjama (on 8 June).

The young composer Jouni Hirvelä has written a new orchestral work for Kymi Sinfonietta, to be premiered at Kotkan Lohisoitto (Kotka Salmon Sounds) on 4 June.

Kaija Saariaho is the guest composer at Iitti Music Festival (11-14 June). The programme features Saariaho’s chamber music and piano music, played for example by the festival’s Artistic Director Laura Mikkola. As a curiosity, the programme includes Einojuhani Rautavaara’s much played Cantus Arcticus, but arranged for piano and cello, with Perttu Kivilaakso, a cellist better known from the cello metal group Apocalyptica.

Zagros Ensemble’s summer festival, Kallio-Kuninkala music festival, is highlighting Matthew Whittall as the festival’s theme composer. In addition to Whittall’s own works, the festival will include music by American and Canadian composers, as well as Finnish colleagues Antti Auvinen, Aki Yli-Salomäki, Alex Freeman and Ilari Kaila.

This year, the programme of Avanti! Chamber Orchestra’s Summer Sounds festival is planned by soprano Barbara Hannigan. The Finnish composer names of the broad-minded festival include Lotta Wennäkoski, Markus Fagerudd and Kirmo Lintinen. As in the previous years, a concert by the composition workshop of Jouni Kaipainen and Jukka Tiensuu, titled “Sävellyspaja”, is heard as part of the festival on 27 June.

The small but central Sysmä Summer Sounds Festival has commissioned a composition for six cellos from composer Osmo Tapio Räihälä. The new work Roihu will be premiered on 4 July.

Savonlinna Opera Festival will bring a new production of Aulis Sallinen’s Kullervo to the Olavinlinna Castle stage. Based on the Finnish national epic The Kalevala and the play Kullervo by Aleksi Kivi the portrait goes deep into the Finnish mythology. Originally composed in 1988 in commission of the Finnish National Opera, the opera was premiered in Los Angeles, USA in 1992. In the meanwhile, it has been seen for example in Germany and Switzerland, and it has good great reviews from the international press.

A brand new work by Aulis Sallinen will be heard at Kimito Island Music Festival on 8 July. The String Quartet No. 6, Op. 103 will be premiered by Katinka Korkeala, Sonja Korkeala, Hariolf Schlichtig and Samuli Peltonen.

Crusell Music Festival has an impressive amount of new Finnish music on its programme this year. defunensemble will have a new music concert on 27 July with music by Antti Auvinen, Juhani Nuorvala and Perttu Haapanen.  New works by Kirmo Lintinen and Olli Kortekangas will also be played at the festival.

Meidän festivaali (Our Festival) has once again a broad-minded programme with music ranging from old to new, across the genres. Among the contemporary repertoire are works by Jukka Tiensuu, a world premiere by Timo Alakotila, and a chamber opera by Jaakko Kuusisto.

The theme of Korsholm Music Festival is “Nordic Dimension”, a theme that brings a lot of Nordic music to the programme. The composer guest is Sebastian Fagerlund, whose two new works will be played at the festival (4 and 5 August). In addition, a premiere of Tapio Lappalainen’s new Violin duo will be heard at the festival (3 August).

And to end the summer in September, Pasimusic is a new festival in Northern Savo, taking place from 18 to 21 September. The festival has been named after composer Pasi Lyytikäinen, a central figure as a composer and arranger of the festival. Another prominent composer name is Ahti Sonninen, who was born in Norther Savo a hundred years ago.

Janakkala Baroque is a festival by Helsinki Baroque Orchestra, now arranged for the second time. Located in the Church of St. Lawrence in Janakkala, the festival features also international guests like organist Benjamin-Joseph Steens.

The 73 events at Kuhmo Chamber Music Festival will provide music for every taste. This year’s theme is seven arts and seven cities, and in addition to chamber works also larger scale works are featured this year as well.

19th Edition of the festival for Medieval, Renaissance and Baroque is set in Sastamala Old Church. Accompanying the festival there is also a masterclass with early music specialists.