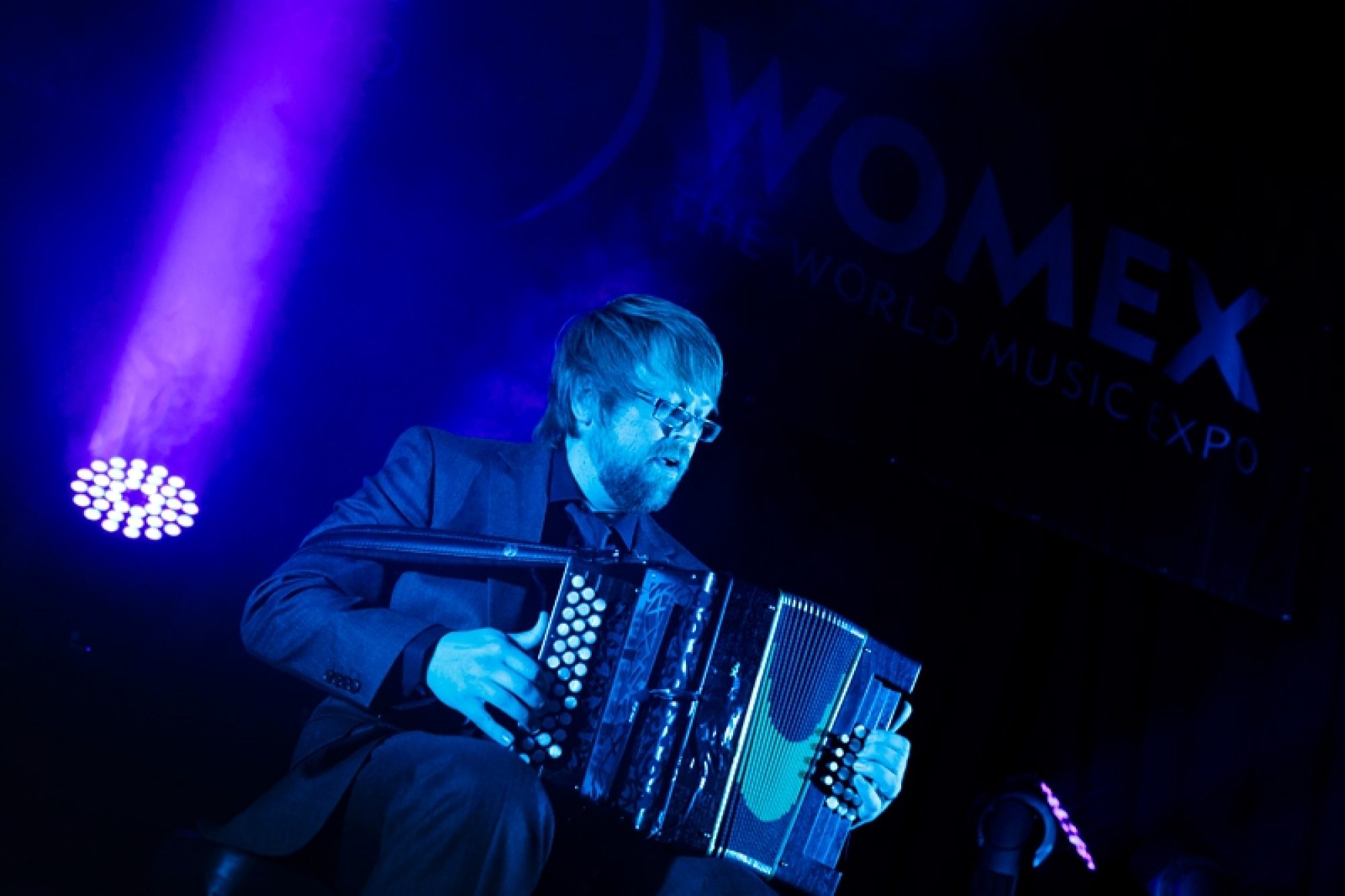 Antti Paalanen, accordionist who created a new acoustic sound with the diatonic accordion, and gave it a new name - the Breathbox - is one of the leading musicians in modern Finnish folk music. He has a powerful, open-minded command of his instrument, and his hypnotic and minimalistic tunes tell stories about the world of today.

After a successful appearance at the WOMEX 2011 he has been widely recognized by the music professionals around the world.

Now he’s heading to Belgium with Norwegian fiddler Ragnhild Furebotten’s Never on a Sunday group. The tour begins from Antwerpen on February 12th and ends in Reoselare on February 16th.