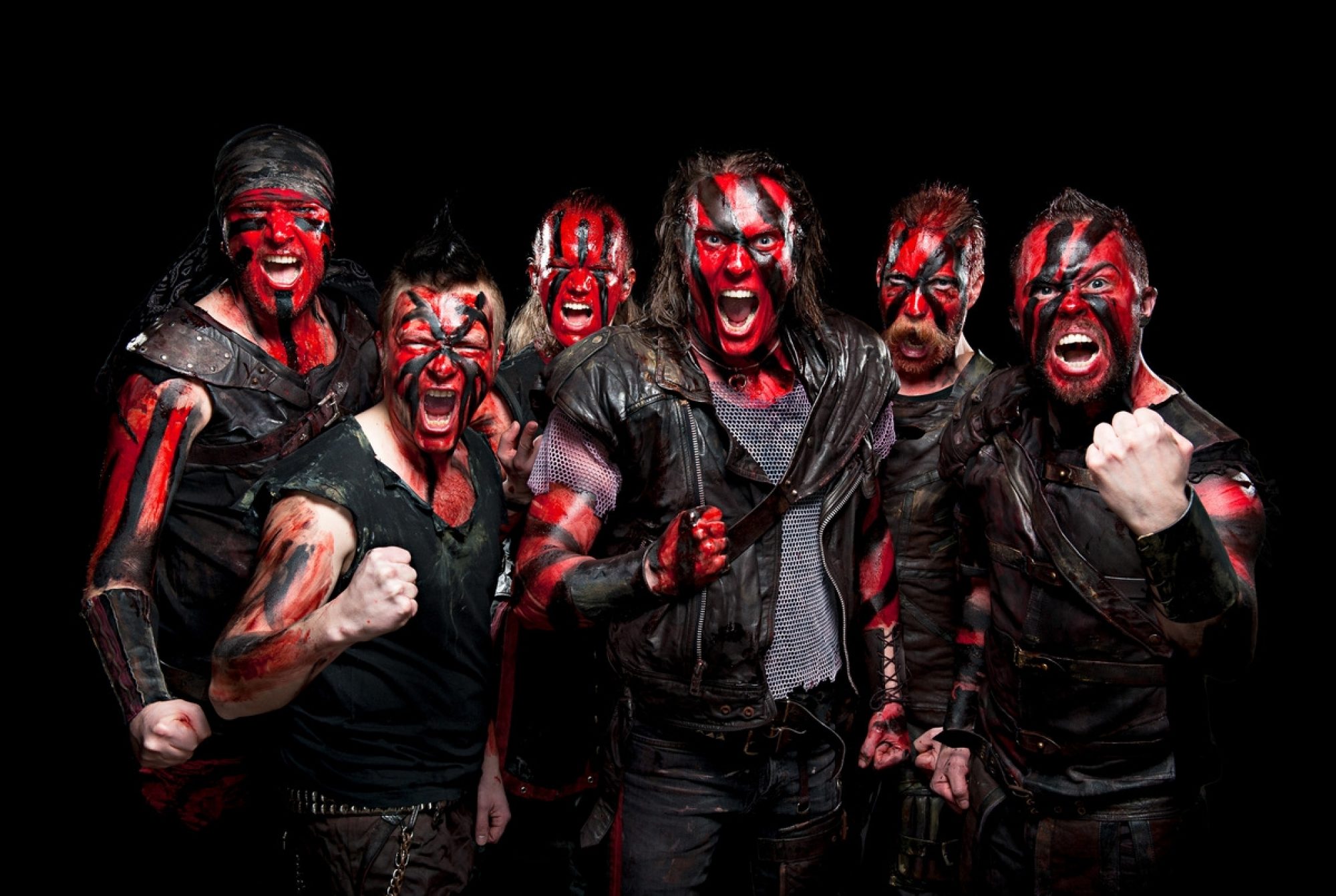 Hämeenlinna is a city of approximately 68,000 inhabitants and the area it stands on has been inhabited since the time of the Vikings. The castle was built in the late 13th century and the village grew around it. Hämeenlinna, or Tavastehus, as it was then known, was granted city rights by the King of Sweden in 1639 and moved 1 km south of where it originally stood. One could do things like that with a royal decree back then.

Turisas came to be in the 1997 version of Hämeenlinna, which is about an hour’s drive north of Helsinki. The distance from the hustle and bustle of the capital city’s metal scene gave the band the peace it needed to develop its own sound, which has with time become a small subgenre with fans all over the world. It’s not too far, though, and the two cities’ historical ties are tight. Finland’s first railway line was opened between Hämeenlinna and Helsinki.

Originally, Turisas called its music battle metal at least partially in jest: “Yeah, it started out as a joke, because we didn’t feel like the music we were working on fitted in any existing genre of metal,” band leader Mathias “Warlord” Nygård recalls. “We were a little isolated in Hämeenlinna, but eventually demo tapes from bands like Ensiferum and Moonsorrow started making their way to our practice space and we realized there were other bands working on similar stuff, even though we all had our own recognizable styles. Generally, I think the most recognizable genre we and other bands of our ilk get labeled under is folk metal. We did end up naming our debut album Battle Metal and especially the British music press ran with it.”

The long-term fate of the label remains to be seen, but Turisas is obviously here to stay. The band has developed its sound and songwriting chops on every album. The fourth album Turisas2013 sees the band moving away from the rich orchestrations of Stand Up And Fight.

“We went for a sound that’s more pop-oriented, but also progressive this time. The idea was to concentrate on the sound of the band and leave room for improvisation, as well as our rough edges. So much modern metal is so clinical,” Nygård explains.

The fact that the band’s primary visionary and driving force has had an avid interest in history and mythology since childhood gave the band a solid grounding in its early stages.

“Elegy and Tales From The Thousand Lakes, two classic albums by Amorphis, really got me started down this road,” Nygård says. “I searched out all the folk tales and poetry I could find at the library.”

The band’s lyrical reliance on mythology has decreased in recent years, but it’s still a strong presence image-wise, even though the ancient warrior look has been augmented with more modern touches referencing things like the Mad Max movies. It’s a rich tapestry upon which to project one’s own fantasies and leads the band, or at least its leader, into the occasional odd situation: “I get totally serious marriage proposals from people I’ve never met,” he says.

In addition to fielding marriage proposals and everything else he does in the context of the band, Warlord Nygård has always produced the albums, too.

“I’ve always been open to the idea of someone from outside the band producing and it’d be great to work with an inspiring producer, but it’d have to be someone I really respect. I’m not interested in a producer for the sake of it or to lighten my own workload,” he says. “I don’t listen to music that much, so I’ve no idea who’s out there…”

Turisas2013 was released in August 2013 and will keep the band busy for the time being: “We just wrapped up this fall’s European tour and getting ready to play Finland, but the busiest time as far as promoting the newest album will be next year: more European shows, North and South America, Asia and Australia…” Nygård lists. “No idea on anything beyond that yet. Definitely haven’t given any future releases any thought.”

But Nygård’s long term dreams involve the sea, as witnessed by this recent tweet.

“The sea is a strong presence on the new album and for a few years I’ve been playing around with the idea of an album built around this theme. I don’t know if it’d be a Turisas album or some other project,” Nygård ruminates. “What I’d really like to do is be a serious user of the shipping forecast, but right now I’m stuck rolling on tarmac.”