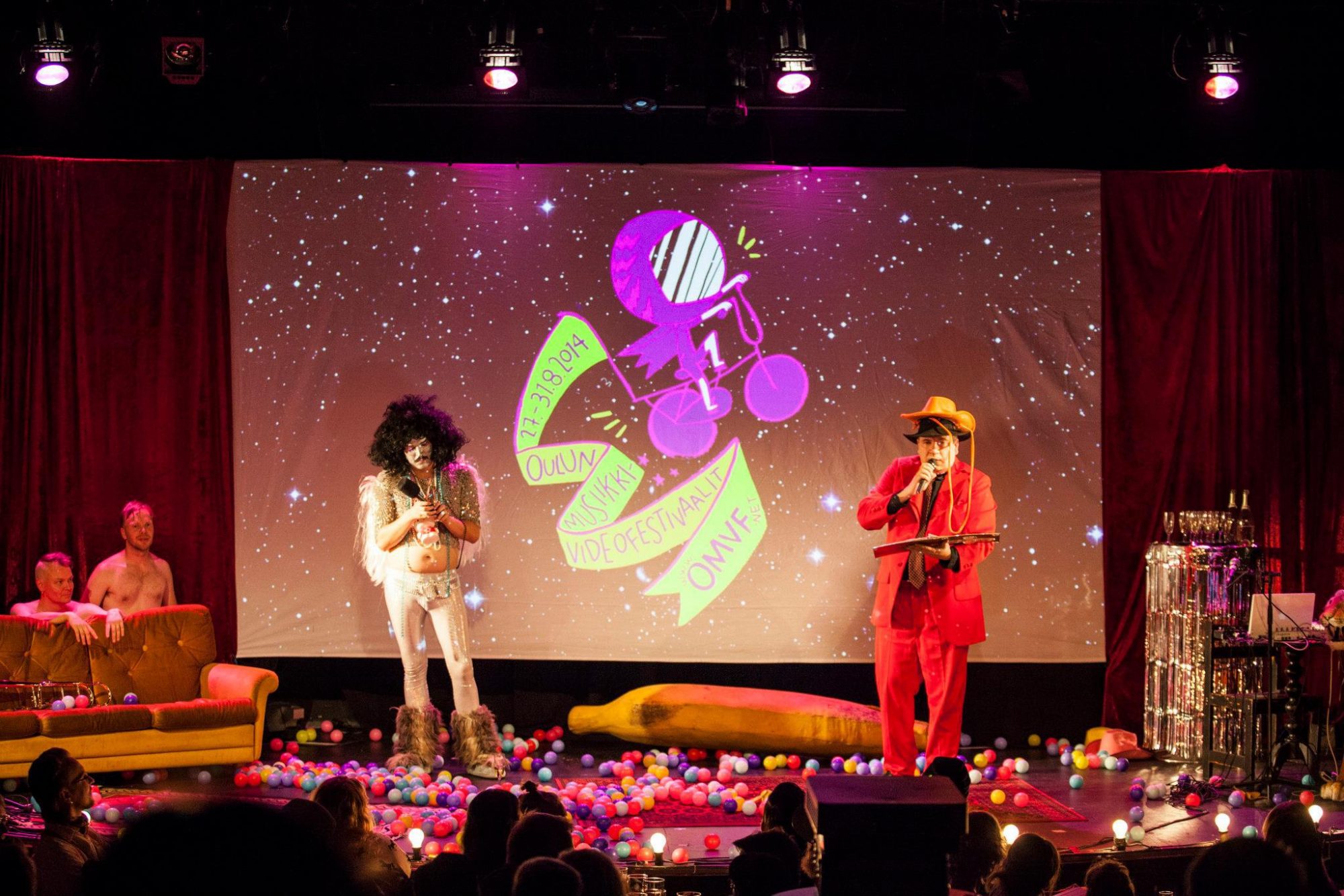 An independent jury consisting of three Finnish music and media industry professionals chose the winners for the following prices:

Thrash metal act Stam1na’s music video for Panzerfaust won the Kansanpumpeli award, which is chosen by the audience. Video is directed by Jouni Kallio.

The Oulu Music Video Festival was established at the initiative of video students at the Oulu School of Arts and Crafts (currently Pikisaari Unit of Oulu Vocational College) in 1994. The festival organized for presenting Finnish music videos has grown with rock-spirited side events and broadened its programme from video to film. Today the OMVF is an independent non-profit organization.

The number of festival visitors at the Oulu Music Video Festival is around 5000. The event has become a happy meeting point for music lovers bringing together the young and the young-at-heart-professionals, enthusiasts and consumers of both music and film.