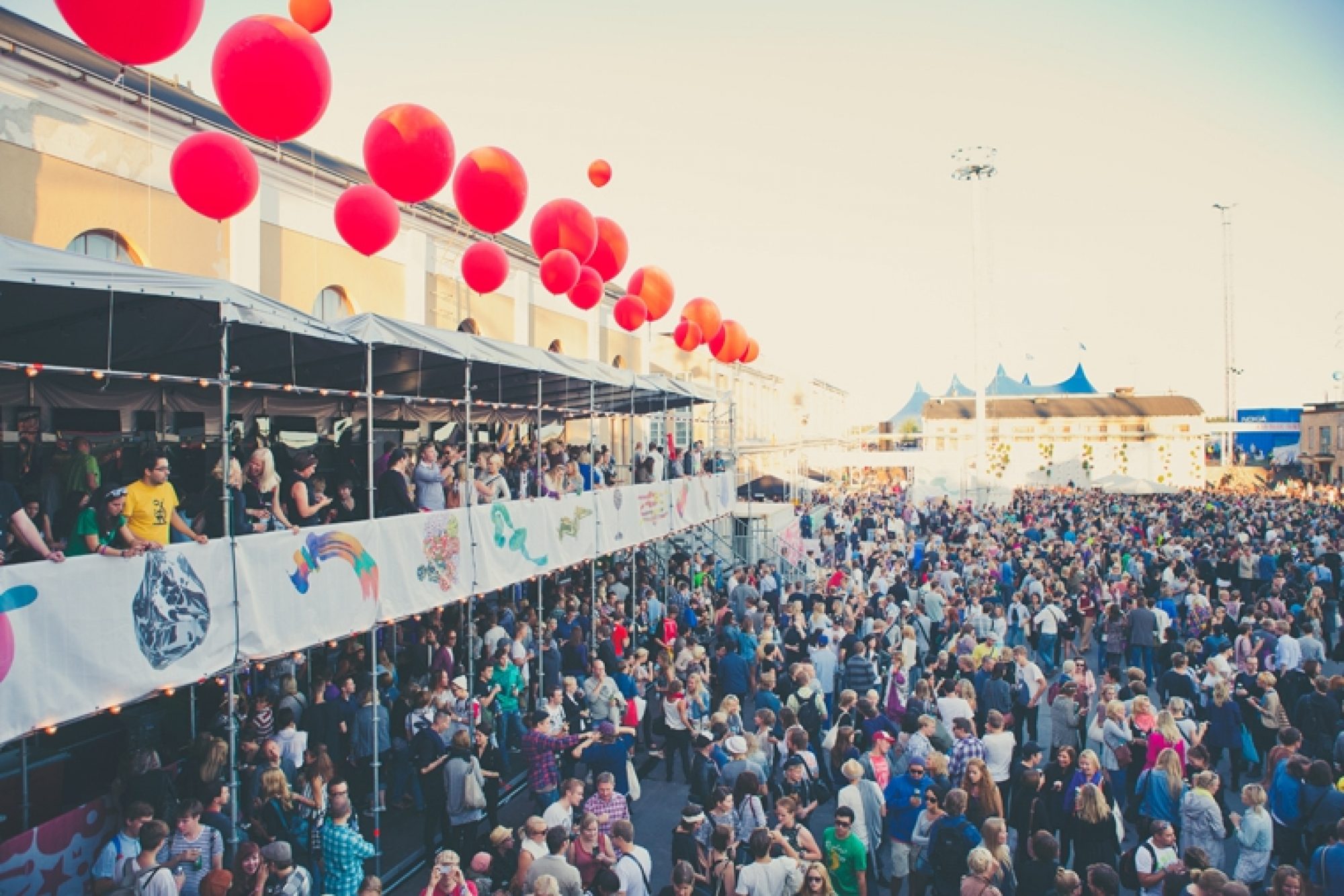 Flow Festival  is a music and arts festival, which has taken place at the historic Suvilahti former power plant area near by the centre of Helsinki since 2007. Alongside interesting and topical music, Flow is about urban spaces, visual arts, cosy decoration, quality of services i.e. good food and drink.

The next, ninth edition of the festival will be organized on 8–12 August, 2012. The music presented at Flow is a strong and varied selection of up and coming and established artists from indie rock to soul and jazz and from folk to contemporary club sounds, The program include a variety of Finnish music, such as Huoratron, Verneri Pohjola Quartet, French Films and Pepé Deluxe, and international artists, such as e.g. Björk (IS), Lykke Li (SWE) and Feist (CAN).

Beside the main stages, Flow Festival also operates in several clubs in the area.

Tiivistämö will present notable newcomers of the Finnish jazz scene, as Elifantree, Mopo and HERD will each perform three sets on different days.

The Other Sound showcases experimental music, both international and domestic, varying from mathematicians of rhythm The Orchestra of Spheres (NZ) to Tuusanuuskat (FI) with their cocktail of misty soundscapes and advanced rhythmical innovation. The program also includes Unela (FI), the unique collaboration of sax man Jukka Perko, vocalist Yona and percussionist Samuli Kosminen. The Other Sound will have an extension program at the Culture Tram, operating around Helsinki during the festival time.

The festival will finish with a ball, as hugely successful We love Helsinki collective take the traditional rural Finnish dancing culture into this day and age.