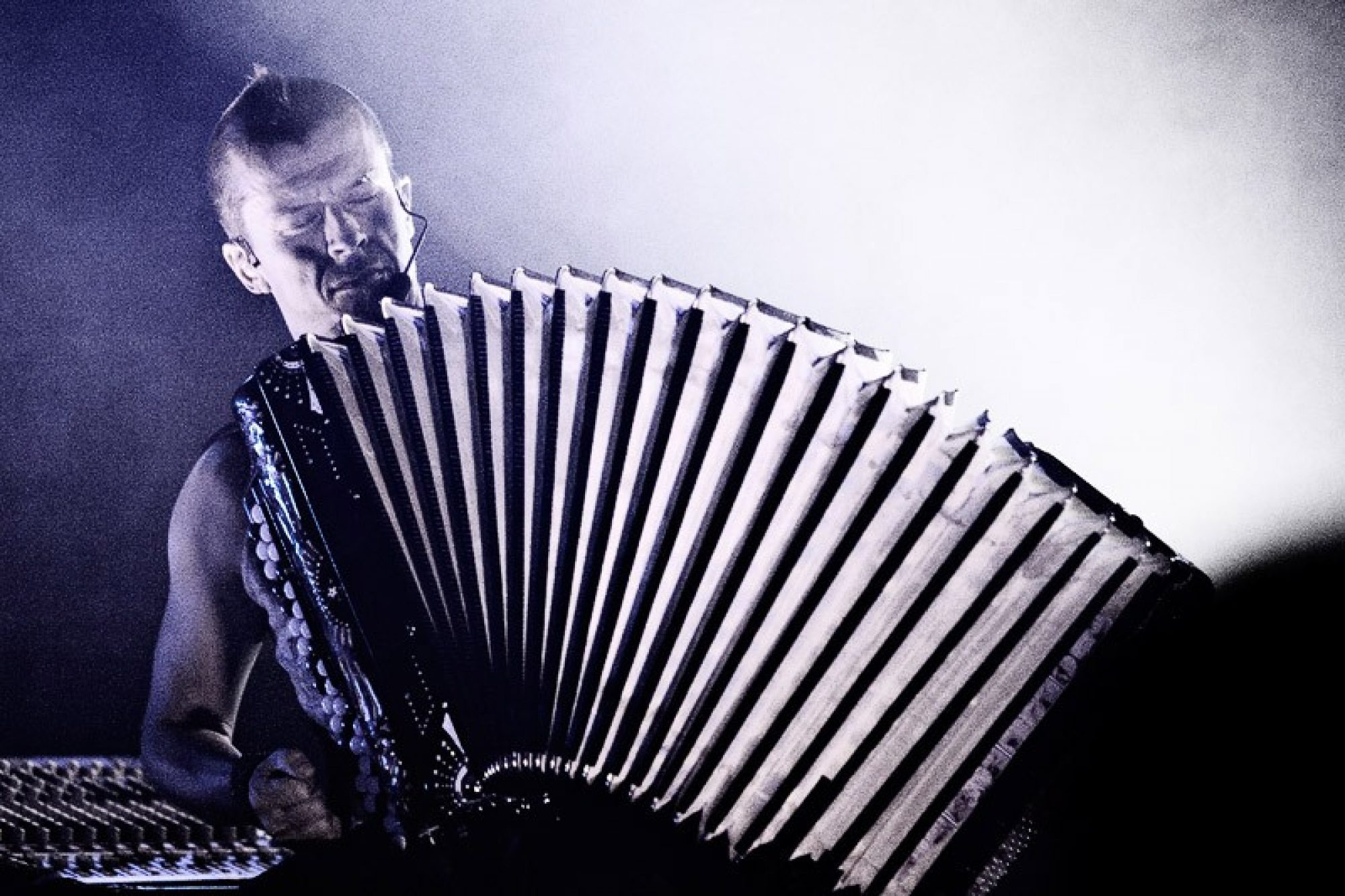 Kimmo Pohjonen has been a frequent guest at events around the world for over a dozen years now. You may have seen playing a Mother’s Day concert with itinerant Romani accordionists in Helsinki or performing at a Meltdown Festival curated by David Bowie in London. Maybe you saw him performing with Kronos Quartet and his frequent foil Samuli Kosminen in New York or playing in St. Petersburg with KTU, a band he started with Trey Gunn and Pat Mastelotto of King Crimson.

Being boss of the bellows will only get you so far. As any successful artist, Kimmo has a solid team of people working to advance his career and help his unique take on music travel the world, from Finland to Australia and all points in between. Two of the people in Kimmo’s corner are a Texan who caught the Finnish music bug way back in the 1970s and a Finnish agent with a long history of working with artists who follow their own muse.

How did each of you guys end up working with Kimmo Pohjonen?

PP: I began working with Kimmo in the late-90s. We had one accordion festival performance in 1997, in London at the Purcell Room, South Bank. Then there was the legendary WOMEX gig in Berlin in 1999 which basically kick-started his entire international career. I have also worked with Maria Kalaniemi, JPP and Värttinä.

TV: Pure coincidence, as most things are. Kimmo and Phillip felt they needed someone in Finland to work on domestic bookings, mainly. Kimmo discussed this topic with Finnish music business mover and shaker Cyde Hyttinen, who mentioned that I might be the right person. Besides working with Kimmo I manage Rajaton and run Sublime Music Agency. Sublime represents a nice selection of artists, including Felix Zenger, Jukka Perko, Anna-Mari Kähärä Orchestra, Jaakko Kuusisto, Meta4, and the Finnish Chamber Orchestra.

How did Phillip end up working so closely with Finnish music and musicians?

PP: I have been a fan of Finnish music since 1971, my first year in the music business in Houston, Texas. Wigwam, with the US release of their album Tombstone Valentine, was my first taste. From there I progressed to Pekka Pohjola, Jukka Tolonen, Piirpauke, etc. and on to Anssi Tikanmäki, M.A. Numminen, JPP, Värttinä, Maria Kalaniemi and Kimmo. Moving to Helsinki in 1987 allowed me to meet some of these musicians and friendships naturally developed into working relationships.

How is working with an artist as fond of being creatively (and fruitfully) sidetracked, as Kimmo is, for a management team? How much planning do you do with the artist? Or do you just react to his ideas?

TV: We work in very close cooperation with the artist. With Kimmo, we discuss our future plans in great detail and do a lot of brainstorming about ideas for the future, recording sessions, etc. The thing is, a successful artist knows intuitively what he or she does artistically, i.e. what kind of music is his or her own and what isn't.  In addition to our advance planning there are also, of course, offers from the outside world that sometimes influence or spark new projects, concerts, and such.

What is going on with Kimmo? What about plans for the future?

PP: Kimmo usually has many projects that are active simultaneously, to varying degrees. The Uniko project with Samuli Kosminen and Kronos Quartet (or Proton String Quartet) is still very much alive, with concerts planned abroad in 2013 and 2014. UK has been a strong market for Kimmo and he will return there in 2013 with various projects. Kimmo is planning his next album for a 2014 release, which coincides with his 40th year as a musician, so we hope to produce some concerts celebrating that fact here in Finland. Kimmo and dancer Minna Tervamäki are collaborating on a new project that will premiere in spring 2013.

PP: The world music scene is healthy enough to provide Kimmo with festival offers on a regular basis. The great thing about Kimmo is he receives offers from classical, jazz, electronic, avant-garde, contemporary, alt-rock, theatre, dance, folk and other music festivals and events, too. The rise of internet and social media has made it easier for people (fans and music business professionals) to discover Kimmo’s music, audio and performance videos. Therefore, nowadays it is a bit easier than it was ten years ago to get the word out about his incredible talent.