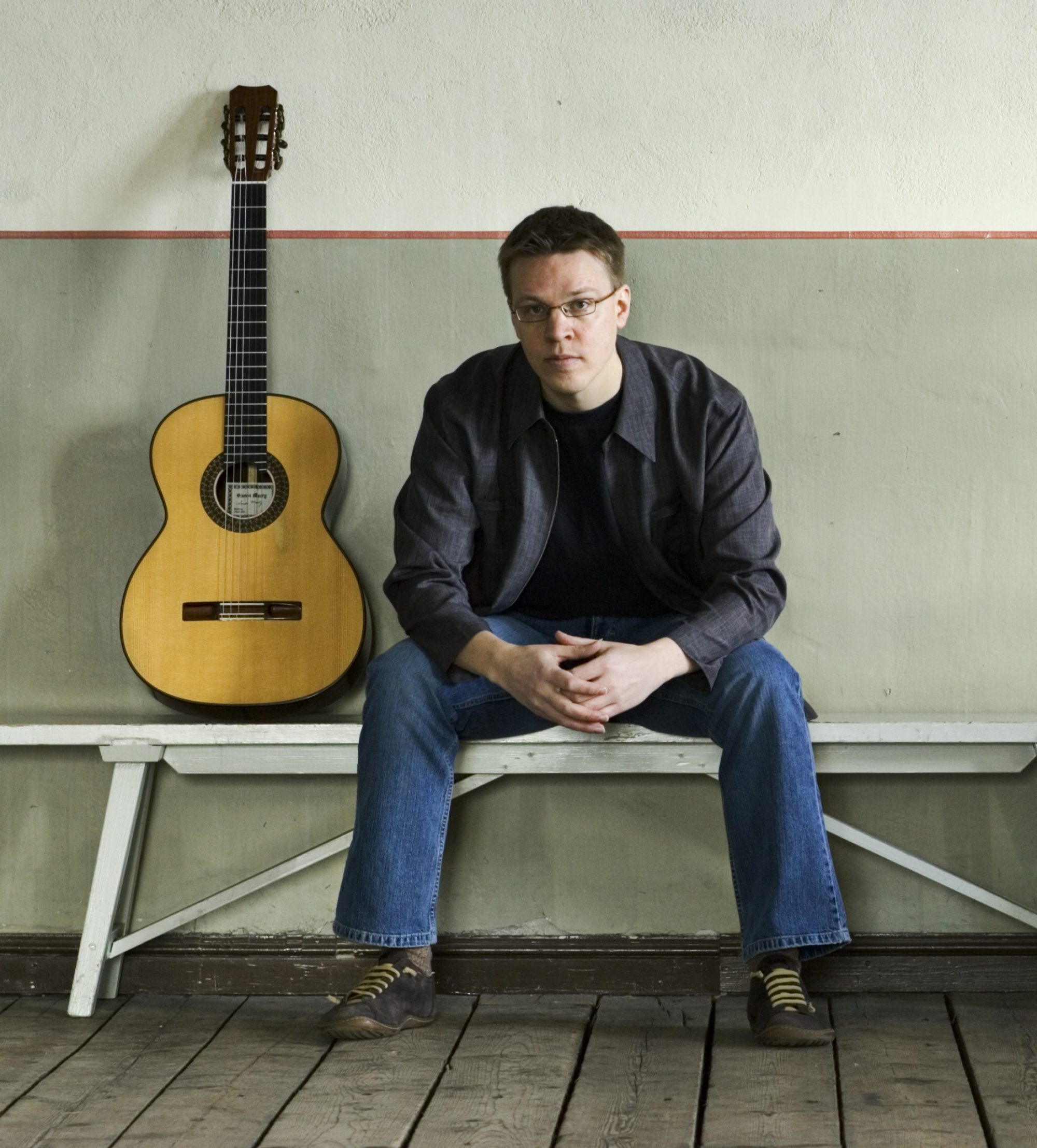 The classical guitar players in Finland have commissioned an impressive amount of new guitar music in the last years. Some of the new repertoire has now been recorded on two recent CDs.

A new work is also Aki Yli-Salomäki’s Odota (2010), but the two older works have waited longer to be recorded: Jouni Kaipainen’s Tenebrae was composed in 1991 for Timo Korhonen, and Erik Bergman’s neoclassical Suite pour Guitare op. 32 as early as 1949, for a Swiss guitarist Hermann Leeb.

The new album of Petri Kumela concentrates on chamber music for guitar. Titled In Strange Company (A Nocturnal Journey) (Alba ABCD 366), the album takes the listener to the various landscapes of modern music from György Kurtág to George Crumb, with new works by Finnish composers Markus Fagerudd and Tapio Tuomela in between. The two Finnish works are also the newest in the mix. Fagerudd’s three Bluesoresques (2013) for bass clarinet and guitar bow to the rich tradition of blues, while Tuomela’s Crisp (2011) turns to the Finnish national instrument kantele as guitar’s companion.