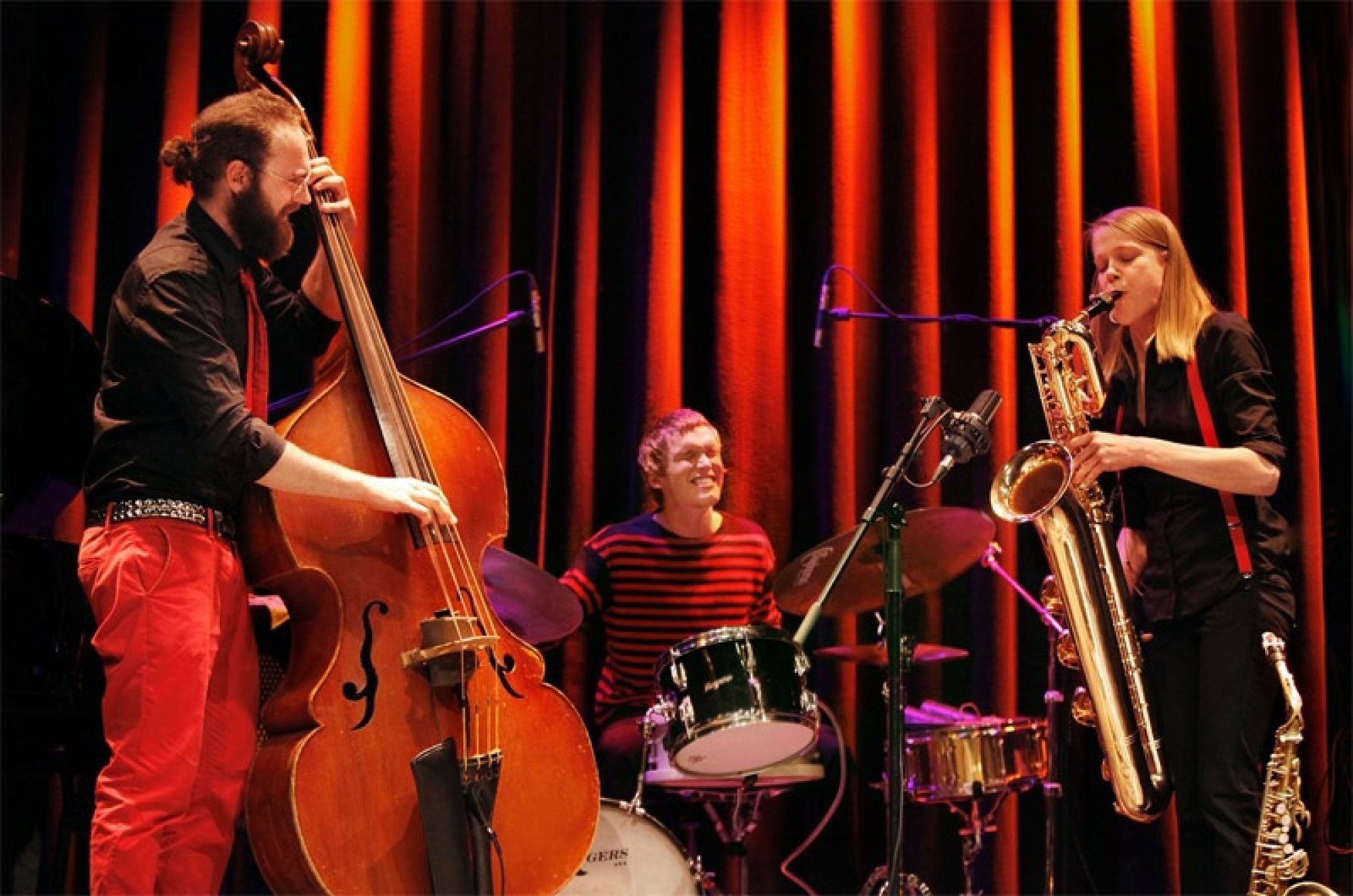 If the term ”punk jazz” should ever be applied, it could be in reference to Mopo, a fresh Helsinki based trio who recently released their debut album Jee!. Linda Fredriksson (sax), Eero Tikkanen (bass) and Eeti Nieminen (drums) used their friendship as the natural starting point for the band, and it shows. The mutual personal trust of the players translates into a freewheeling sound with excellent energy levels and guts galore. No wonder that Mopo have become a live favourite on the scene right from the get-go.

Mopo has been touring in Finland and played a noteworthy gig at Tampere Jazz Happening in early November. Now the group is heading to the Glimps Festival in Gent, Belgium. Mopo performs at Barville on 14 December. Hopefully we will see the group touring rest of Europe in near future, too.