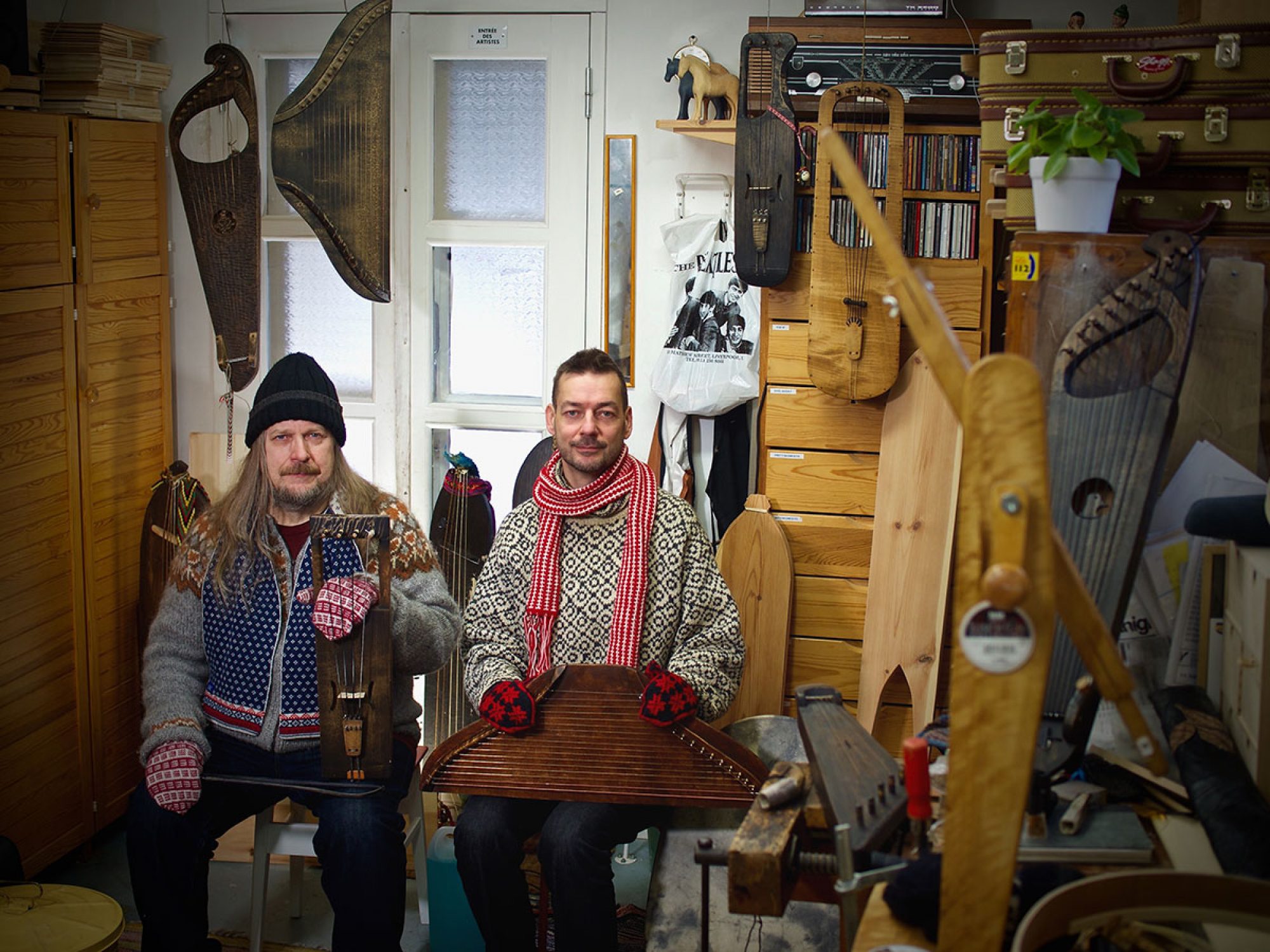 This is a roundup of the latest and most interesting folk and world albums you might have missed. The variety of the scene is as abundant as ever, with soundscapes ranging from traditional Sámi sounds to beatboxing and minimalistic piano tunes. If you’re a fan of the sound of kantele or jouhikko, pay attention: both instruments appear very prominently on our list of albums below.

”This is one of the most exciting bands to come out of Finland in recent times”, said Fiona Talkington in Songlines’ November issue, giving the group a full 5/5 review. Consisting of young, yet very experienced musicians of the Finnish scene, the music of the band is created with traditional instruments like kantele, jouhikko and accordion, as well as modern instruments like keyboards and electronics. Read our feature article about Okra Playground here.

Branding themselves as ”vocal folk hop”, Tuuletar combine urban rhythms, beatboxing and folk music traditions together. The album has been on World Music Chart top 20 for three months, and in December and November the vocalist quartet will perform the songs from Tules Maas Vedes Taivaal on their tours in Germany and Japan.

The members of Finnish folk music trio Karuna are Esko Järvelä (nyckelharpa and violin), Teija Niku (accordion) and Juha Kujanpää (piano). Both the dynamics of chamber music as well as the energy and rhythm of Nordic folk music are apparent on Karuna’s second album Tuulispää.

Taking its name from Lemminkäinen, the prominent figure in Finnish mythology of Kalevala, Outi Pulkkinen’s second runo song album concentrates on White Sea Karelian epics. While most of the songs are based on traditional melodies, the album also features Pulkkinen’s own compositions. Her singing is accompanied by jouhikko on the album.

Enkel is an energetic group of 90’s-born folk musicians, who bring centuries-old hit tunes to today’s world on their album Pappilan hääyö (”Wedding Night at the Vicarage”).

Having worked on over two hundred albums as an artistic producer, musician, composer or arranger and establishing himself as one of the most in-demand musicians in Finland, Timo Alakotila released his first solo album earlier this year. The album contains compositions written for piano in 2015.

Recorded in the acoustically unique Emanuel Vigeland mausoleum in Oslo, Norway, kantele player Arja Kastinen’s fifth solo album is a journey into the complex world of room acoustics and resonance. The album consists of five songs which were all improvised at the location.

Hausjärvi beat is not only the debut of Päre, but also a recorded debut of Finnish bagpipes: after disappearing for over 200 years the instruments was re-created following the initiative of Petri Prauda. On the album Prauda plays bagpipes, and other rare instrument players include Tapani Varis (jew's harps, overtone flute), Jarmo Romppanen (mandola) and Piia Kleemola (violin and octave violin), accompanied by percussions played by Oskari Lehtonen.

Helsinki-Cotonou Ensemble: The Road is Long - Live at Savoy Theatre

Helsinki-Cotonou Ensemble returns with their first live album, which was recorded at Helsinki’s Savoy Theatre on New Year’s Eve 2015. The Finnish-Beninese group released their latest studio album Fire, Sweat & Pastis in North America recently. In addition they played their first tours in Canada and Germany.

Markku Lepistö is one of the most respected accordionists in the Finnish folk music scene. This is his fourth solo album, consisting of his own music which was recorded with fellow musicians Milla Viljamaa and Petri Hakala. Lepistö is Doctor of Music, whose thesis from 2016 digs deep into the history of the accordion in the 19th-century Finland. On his album New Voices he plays one-row accordion: ”This instrument has been considered the poor man’s organ. I would like to show a whole new kind of nature of it”, says Lepistö.