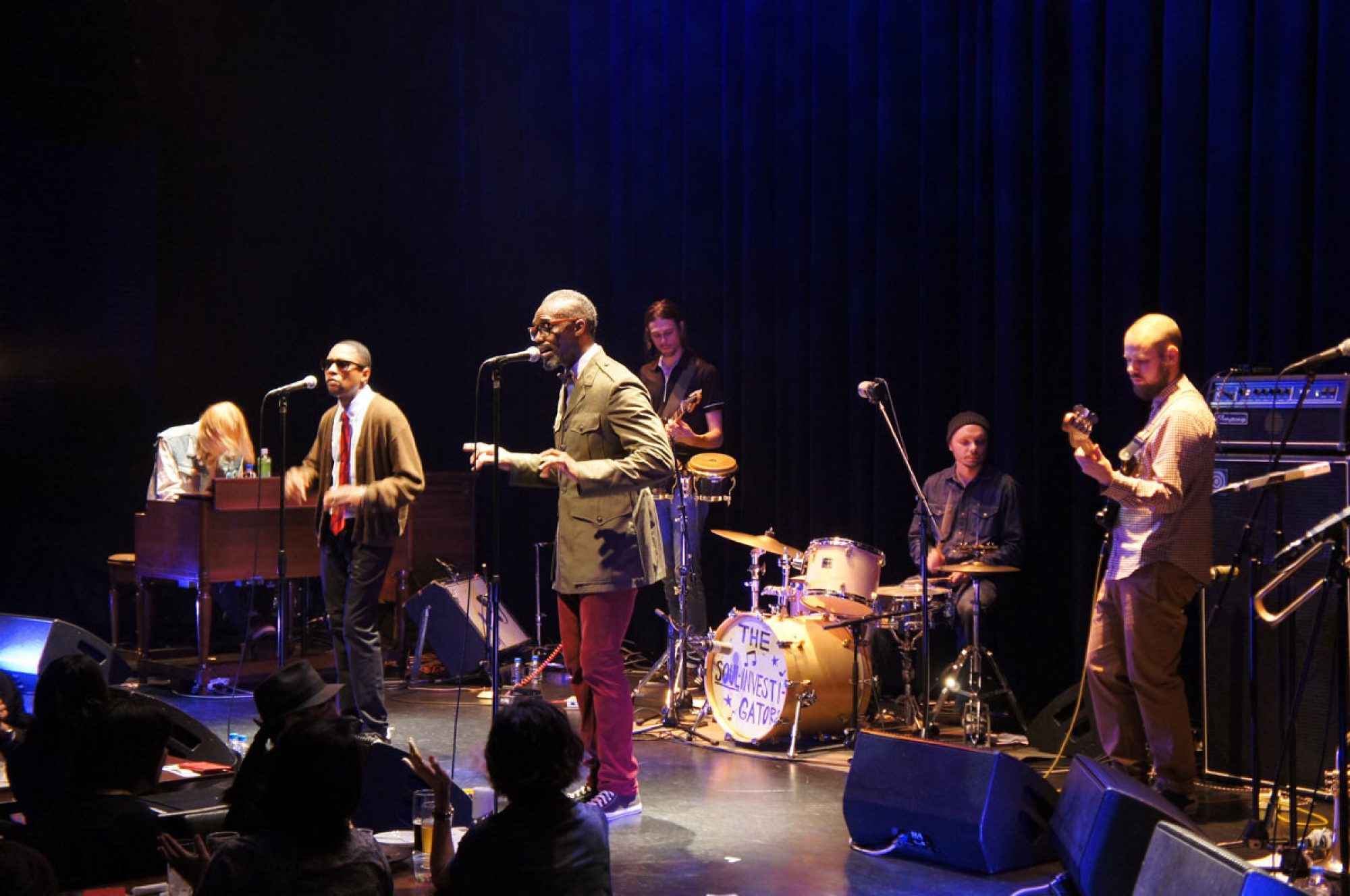 The Soul Investigators are known to be the leading light of Helsinki soul, and the band’s home base at Kaapelitehdas (”The Cable Factory”) is a hotbed for the Timmion vinyl cutting and mastering studios, plus the record label of the same name. Their work, especially with Nicole Willis, is something the local soul scene has come to be known by, home and abroad.

”We started working with Myron & E when Eric Cooke alias E was DJing in Helsinki and came to hang out at our studios”, Didier Selin and Jukka Sarapää of Timmion explain. ”He had liked our previous releases and the evening ended up in a jam session, where we decided we should try to do something together.”

The resulting album, Broadway, is not released by Timmion, but by the famed US label Stones Throw, home to the likes of Snoop Dogg, Dam-Funk, Madlib and J Dilla.

”After releasing the first Myron & E 7” singles on Timmion and distributing them in the US via Now-Again, a Stones Throw sub label, they opened up the discussion of putting the album out on Stones Throw.”

The end result is a three-album deal with the California label, surely a landmark in the recent history of Finnish independent labels, and a solid seal of approval for Timmion.

”It seems that after the deal the general interest towards Timmion has been on the rise, especially in the US and Japan”, Selin and Sarapää confirm. ”After all, Stones Throw is the foremost indie label in the US.”

Their upcoming 20-gig trek through Europe which begins in Turku on November 13 holds a significant place in the future plans for the project.

”We are now trying to break through with Myron & E With The Soul Investigators in Europe, and this tour including stops in 11 countries and 8 capital cities is a very important one. Promotion alone doesn’t make it happen, we need to be present by doing the live shows, as well. Being able to utilise the Stones Throw PR muscle is a great thing for us.”

2014 seems busy for Timmion as well, with new releases and tours on the pipeline for Nicole Willis & The Soul Investigators, New Orleans legend Willie West, and Myron & E.