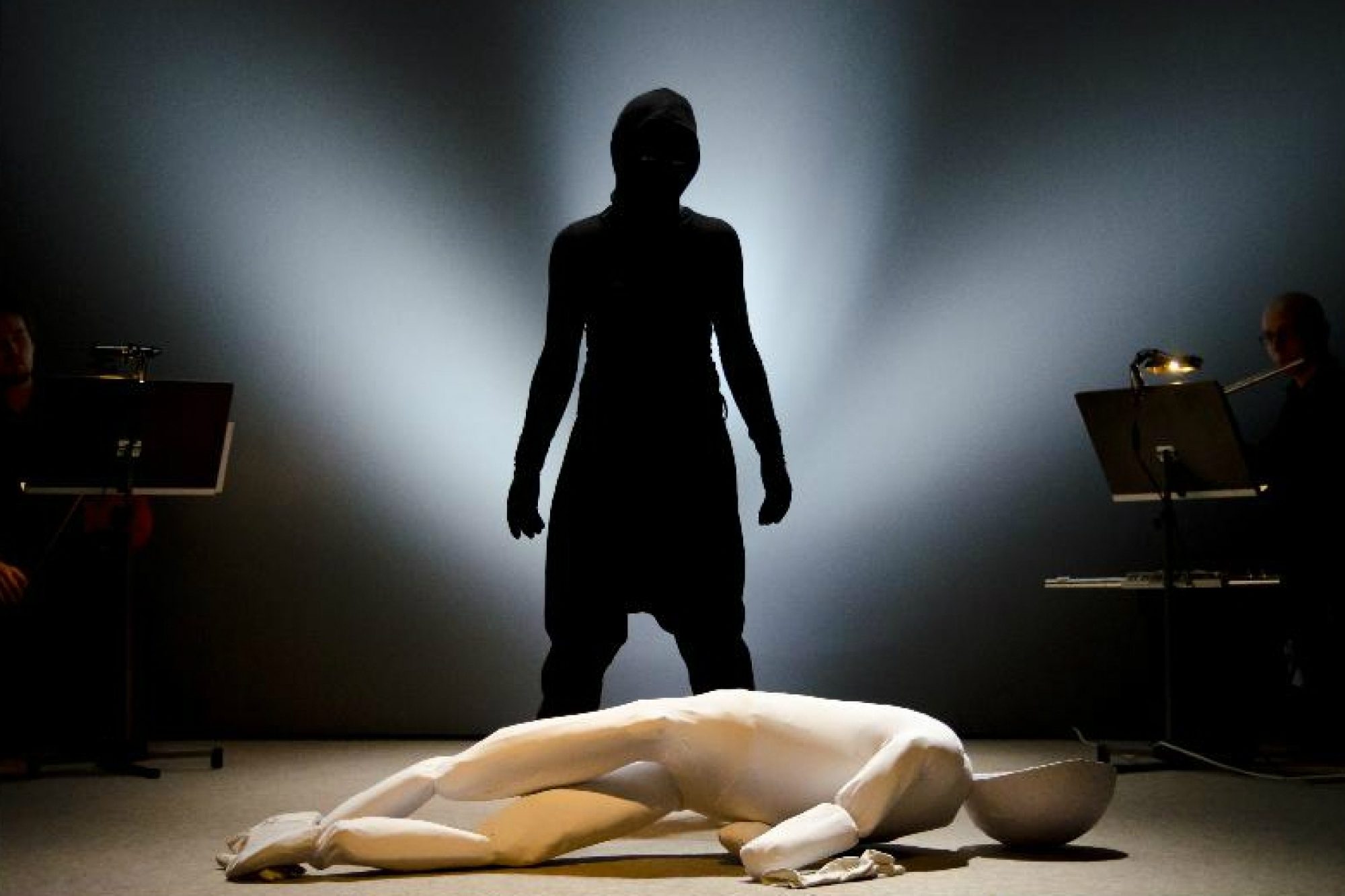 Pierrot Lunaire and three Shadow Dreams is an experimental music theater piece by Varjo Ensemble. Now the piece is heading to Japan, where it will be performed at the Tokyo Wonder Site Experimental Festival vol 8, on Friday 29th and Saturday 30th November.

The piece lets Arnold Schönberg’s melodrama Pierrot Lunaire intertwine with three shadow pieces composed by the contemporary Berlin based Finnish composer Miika Hyytiäinen. It was commissioned by the Finnish soprano Annika Fuhrmann, who kept a diary on her dreams in German. The dream diary was used as the texts of the shadow pieces, dream shadows, Schattenträume.

The piece performed by Varjo Ensemble, featuring Fuhrmann (vocals), Turkka Inkilä (flute), Taavi Oramo (Clarinette), Kari Olamaa (Violin & Viola), Johanna Tarkkanen (Cello), Gailé Griciūté (Piano) and the dramaturgy created by the Finnish stage director Jaakko Nousiainen was first premiered in Helsinki in September. The Japanese audiences can expect the piece to be full of strong but minimalistic contrasts of light and darkness, as well as musical explorations to dreamworlds.

Read more about the the music theater piece on Varjo Ensemble's website.