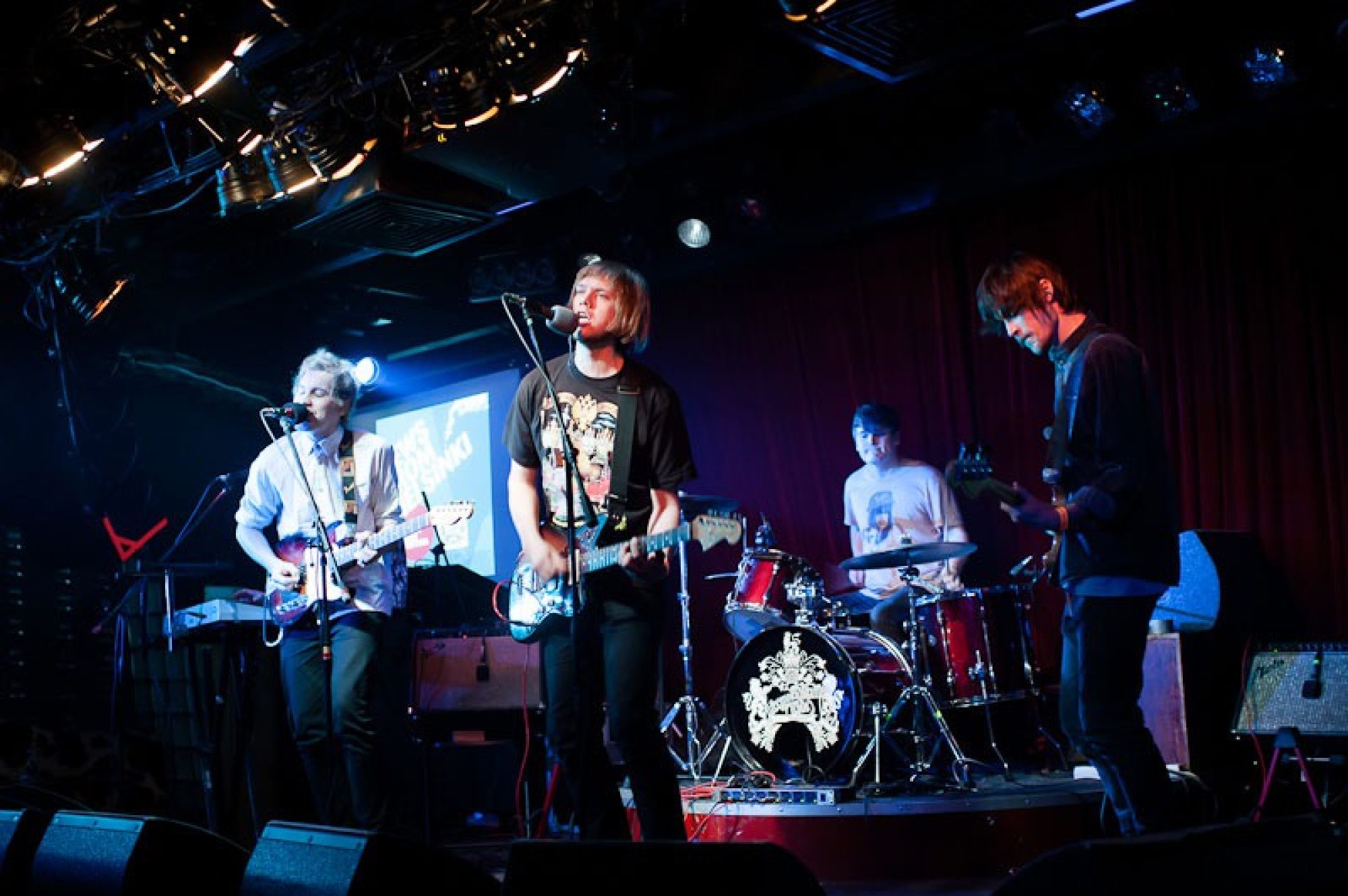 Big Wave Riders have released their debut album Life Less Ordinary on Soliti. Their sound is influenced by post punk, shoegaze and britpop, and inspired by waves, echoes and experimental rhythms with an electronic touch. The album has been well received in reviews in several Finnish music magazines and also in music blogs worldwide.

Zebra and Snake is formed by two childhood friends, Tapio and Matti. The band introduced their electronic pop sound inspired by Fleetwood Mac, krautrock and ambient electro on their debut EP Sweetest Treasure, and on their extensive touring, e.g. with Orchestral Manoeuvres in the Dark, Ladytron, CSS and Wolf Parade. The debut album Healing Music is now released on British 100% Records.

Fresh on the Finnish rap scene, Gracias has released his debut album Gracias x JTT: Globe. He was born in Congo, and moved to Finland at the age of four. While currently most Finnish rappers rely on their mother tongue, Gracias does his thing in English. The sound of chill hop is accompanied with reflective lyrics and storytelling.

Idiomatic’s debut album, New Terrain, is out on September 28th. This bands’ new wave stadion pop mixed with soft rock is the thing not to be ignored.  Carefully preproduced album was recorded with Ercola (produced Annie among others) at the Fisher Lane Studios in London.

The folk duo Eva & Manu got an idea of writing songs while travelling. The French-Finnish couple blogged about their journey with weekly music videos in their Travel in Music blog. The blog got plenty of followers worldwide, and the couple has been touring extensively in France and Finland. Their debut album Travel in Music was released on August, and hit straight the Finnish Top 10 Albums chart.

Disco Ensemble: Warriors
Murmansk: Rüütli
TV Off: The Writing on the Wall