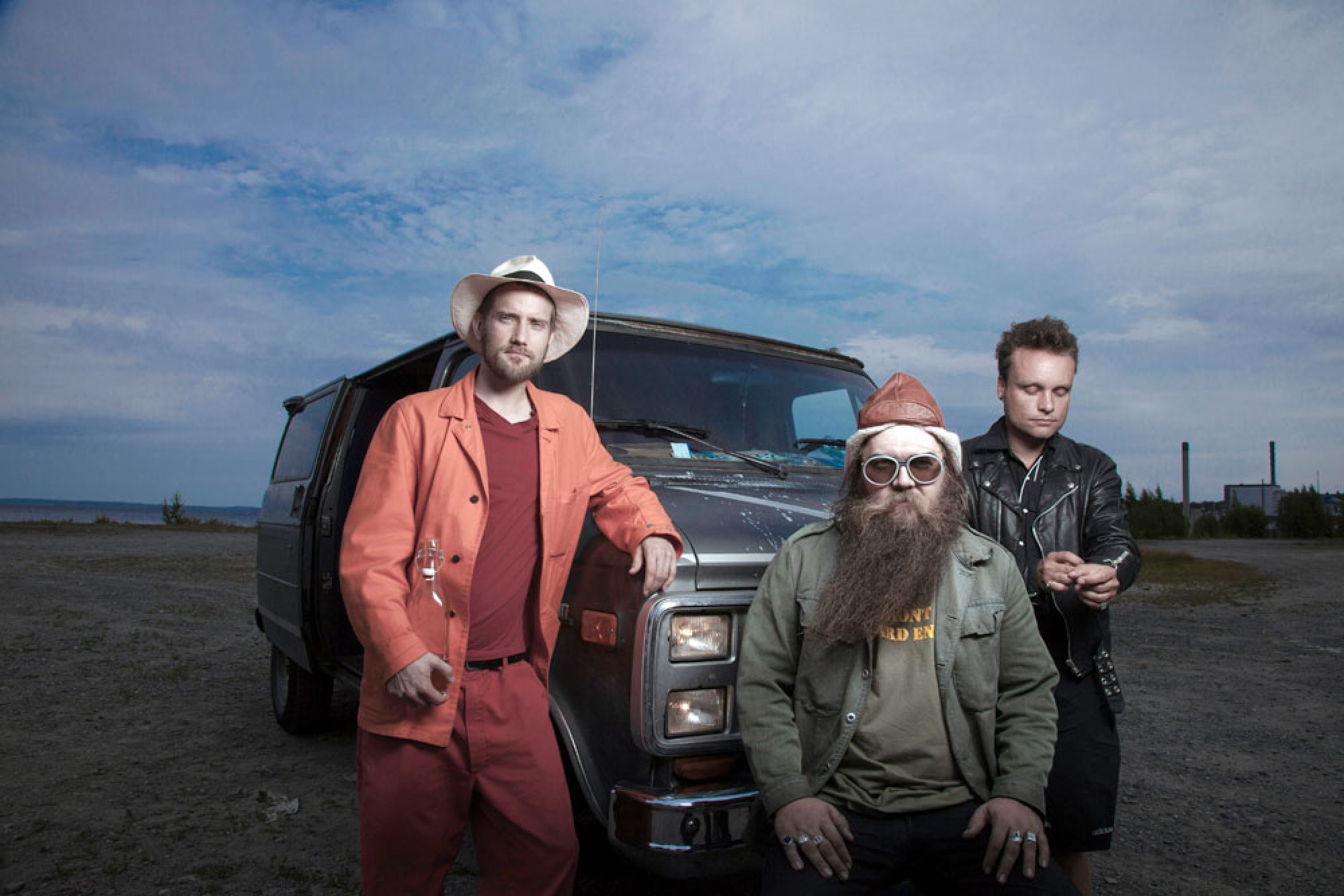 To begin with, it would be quite straightforward to just trace the roots of Black Motor to the band’s home town of Tampere, make a quick note of the time at hand (January 2005) and move on. But to really predict the future and understand the motives of this raunchy free jazz trio, one is obliged to delve deeper. Where does the idea come from? How is the commitment so strong?

Whenever these ambitious musicians played together, echoes of pioneering work by the likes of Albert Ayler and John Coltrane or Juhani Aaltonen and Edward Vesala became apparent. Somehow this happened even while backing a folksy singer-songwriter or playing jugband blues with people from a totally different mindset.

It was a revelation of sorts. At the turn of the millennium, one was hard-pressed to find young ensembles that sounded like this – even on the global scale. A rough, ready and rustic style of approaching improvised music born some four decades earlier had suddenly come to life in the able and lobing hands of Black Motor.

Believing in themselves and building up a loyal fan base through fiery shows, Sippola, Rauhala and Laihonen pushed forward and celebrated 2007 with their two inaugural album releases, Black Motor and On Duty. The connection to Ayler, Vesala, Charles Mingus and others from the same school of thought was duly noted in album and concert reviews.

”For sure, Vesala has always been one of our big heroes,” confirms drummer, sometime flautist and de facto spokesperson Laihonen today, almost apprehensive of somehow stating the obvious. ”And it has been a particular pleasure to perform and interact with people who were involved in Sound & Fury and the man’s other projects while he still lived.”

Here Simo refers to an integral part of Black Motor’s perhaps subconscious raison d’être and its members’ undying passion for getting their information undiluted whenever possible. Ever since the halcyon days, the trio has made a habit of arranging special concerts where they are joined live by the likes of Iro Haarla, Raoul Björkenheim, Pepa Päivinen and Jorma Tapio.

A particular triumph in this sector came two years ago as one of the living legends of European free jazz – and another early collaborator of Edward Vesala – joined the trio on stage.

”If forced to pick just one special guest to represent all the wonderful artists with who we have enjoyed so many fine moments on stage, I’d say that getting to play with Peter Brötzmann was a personal highlight,” Simo Laihonen says.

Apparently the iron lung of Wuppertal had a good time as well. This is what Peter later on said about his ”house band” of that one night in Tampere in June 2012: ”In comparison to many of the current continental groups that are very polished in their approach, Black Motor sounds refreshingly hard and gruff.” High praise, straight from the source.

In 2014 the group is gearing up for two important releases. The first will be the CD edition of Black Motor album number seven. Jumehniemi is a meditative set originally released in 2012 on vinyl, now seeing light of the day in CD form.

”The vinyl pressing sold out quickly, so we are more than happy to let this music have another go,” the group enthuses.

The second disc of the year, the 10th Black Motor album overall, will close one circle in the trio’s evolution, as it consists solely of material written by Edward Vesala.

”Since we have been playing some of these tunes live for a long time, we were delighted that TUM Records expressed an interest in releasing an album of the material,” Laihonen says. ”And the session was made all the more exciting when it was decided that trumpeter Verneri Pohjola would momentarily join ranks with us again. His deep understanding of music makes the arrangements shine and his interplay with Sami is beautiful. The only handicap is that some might say we occasionally sound too much like The Vesala-Stanko Quartet!”

For the motivated 31-year-old Simo Laihonen, 2014 is proving to be a watershed year: Sound & Fury recently recruited him as their new drummer and preparations for a new album of Edward Vesala’s as yet unrecorded material is under way. But that’s another story.

This article originally appeared on FMQ 2/14.

Despite the extraordinary year, Finland will once again have a rich and dense festival season! It's...
Music Finland, Teemu Fiilin, Laura Aspelin, 17.6.2021
In the Spotlight