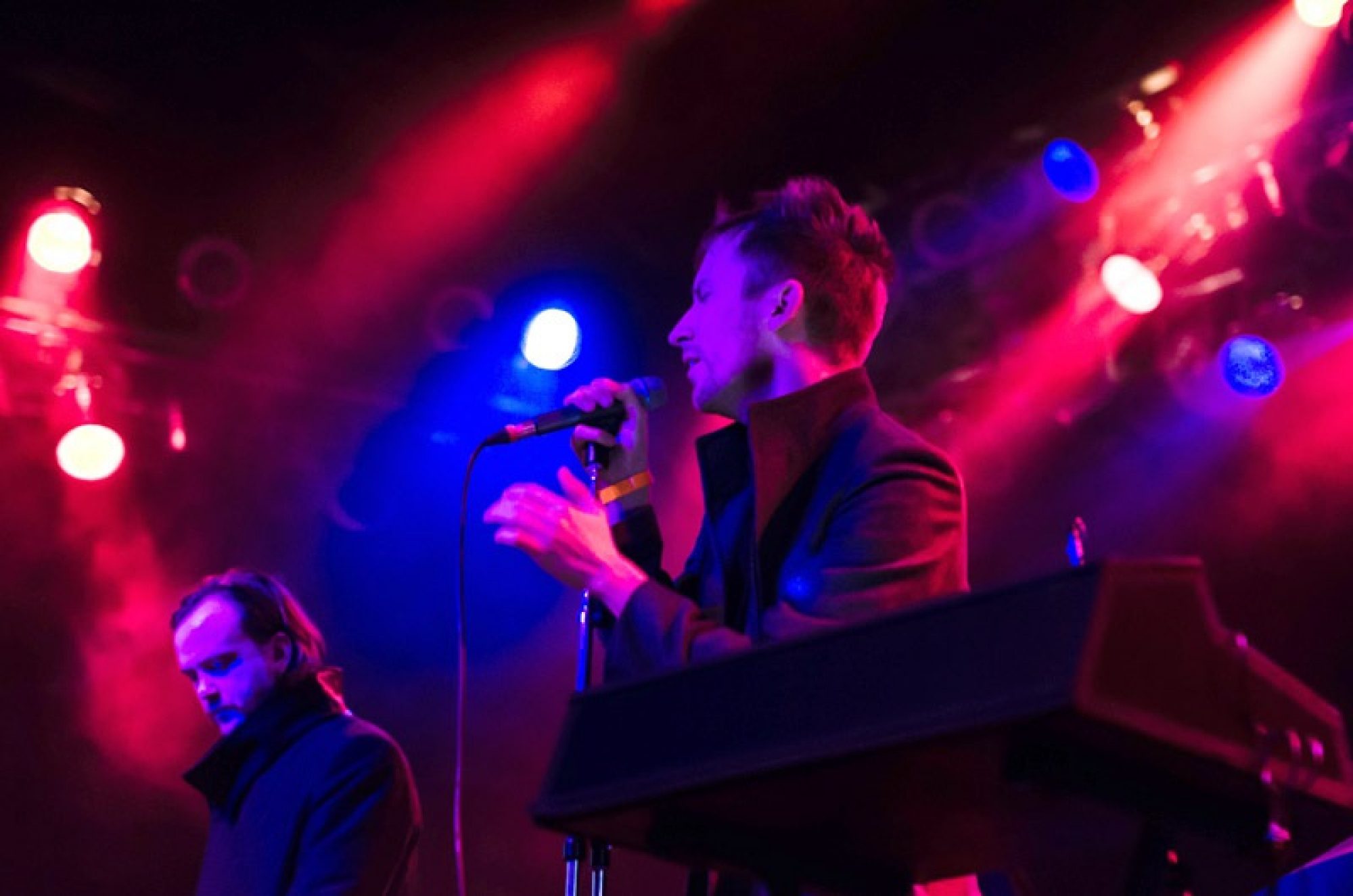 Remember all those sci-fi books and movies about cyborgs with hearts, spaceships with implanted human brains and all that?

For the aural version of that, check out the new Finnish duo Sin Cos Tan. Interfacing here are emotions and electronics, melodies and beats, chilliness and warmth, dance and thought, among other tantalising dualities.

The emotion comes from vocalist Juho Paalosmaa. Two years ago, he made a splash as half of Villa Nah, a Helsinki outfit produced by Jori Hulkkonen, his partner in this new band. The latter has been an in-demand producer, DJ and solo artist for nearly two decades, releasing 14 albums including two with the now-defunct duo Processory.

In that time, Hulkkonen has collaborated with or remixed many others who straddle the frontier between icy technology and warm affect. These include M83, Goldfrapp, Pet Shop Boys, Cabaret Voltaire and Ultravox founder John Foxx. Hulkkonen’s Acid Symphony Orchestra opened for Kraftwerk while Villa Nah has toured with OMD.

These deep roots in electronic heritage entwine with Paalosmaa’s emotive vocals for the new – yet familiar – Sin Cos Tan sound.

The trigonometry-inspired name suggests sine waves: smooth repetitive oscillations akin to the rippling synth arpeggios of 1980s Italodisco, a youthful favourite of both Hulkkonen and Paalosmaa.

“It’s not like you had a lot of choice of what to listen to growing up in northern Finland in the ‘80s,” says Hulkkonen ruefully. Though the album is rich in classic electropop touches, he insists the duo did not aim for a retro sound.

“The main idea was to write songs and leave the production sparse enough to let the songs breathe and focus on the vocals. I guess if that’s retro, it says a lot more about today’s music than ours,” he says, adding: “I think the last time I heard anything new and groundbreaking was in 1996.”

“Even though it relies a lot on the classic take on writing a pop song and manifesting it electronically, what makes it sound fresh in 2012 is the actual production and mixing, which leans heavily towards the bass-oriented aesthetics of now.”

The two achieved that sound in Hulkkonen’s studio by combining state-of-the-art digital technology with a vast collection of vintage gear that he’s collected since his teenage years. These range from classic Casios and Rolands to a spacey Theremin. They used them with a deliberately poppier approach than Hulkkonen’s more experimental recordings.

“Even though electronics have a wide sonic range, if you want to make music that’s accessible to the audience you can’t push the boundaries too far – that I leave for my other projects,” he explains.

The two first appeared live at Helsinki’s Flow Festival in August, a debut 12” release of the saxophone-edged “Not Over” becoming the festival’s bestselling disc. They quickly released two videos before their self-titled album in late November.

The dream of driving

The first video, “In Binary”, was filmed from inside a car driving around the south-western city of Turku, where Hulkkonen lives and records.

“This music is definitely intended for driving,” he says. “Here’s the thing: neither Juho or I have a driving licence, so unlike all other dreams in life, it still hasn’t been ruined. We have this idea of what driving alone at night listening to music should be like, and that’s what the music was made for. It’s all about escapism.”

The second video, “Trust”, became the album’s final track, and its most exquisite. Paalosmaa is relatively understated here, reining in his often-anguished vocals for a slow-building climax.

“From the first time I heard Juho’s voice, I think in 2009 on MySpace, it’s been quite obvious he’s one of the greatest vocal talents I’ve ever heard,” says Hulkkonen. “So it’s been a privilege to work with him. In Villa Nah, Juho wrote all the songs, so he stayed pretty much in his comfort zone vocal-wise. Now we wrote the songs together, and it was fun as I pushed him to try different things, which I think really is one of the strengths of the album.”

“He’s versatile on the record but takes it a notch further live. A lot of people are surprised about the live show in terms of Juho’s strong vocals.”

There are chances to check them out this week, with album release parties in London and Helsinki. A storm-scuppered New York gig will be rescheduled in early 2013. Meanwhile Paalosmaa and Hulkkonen are already sculpting new songs.