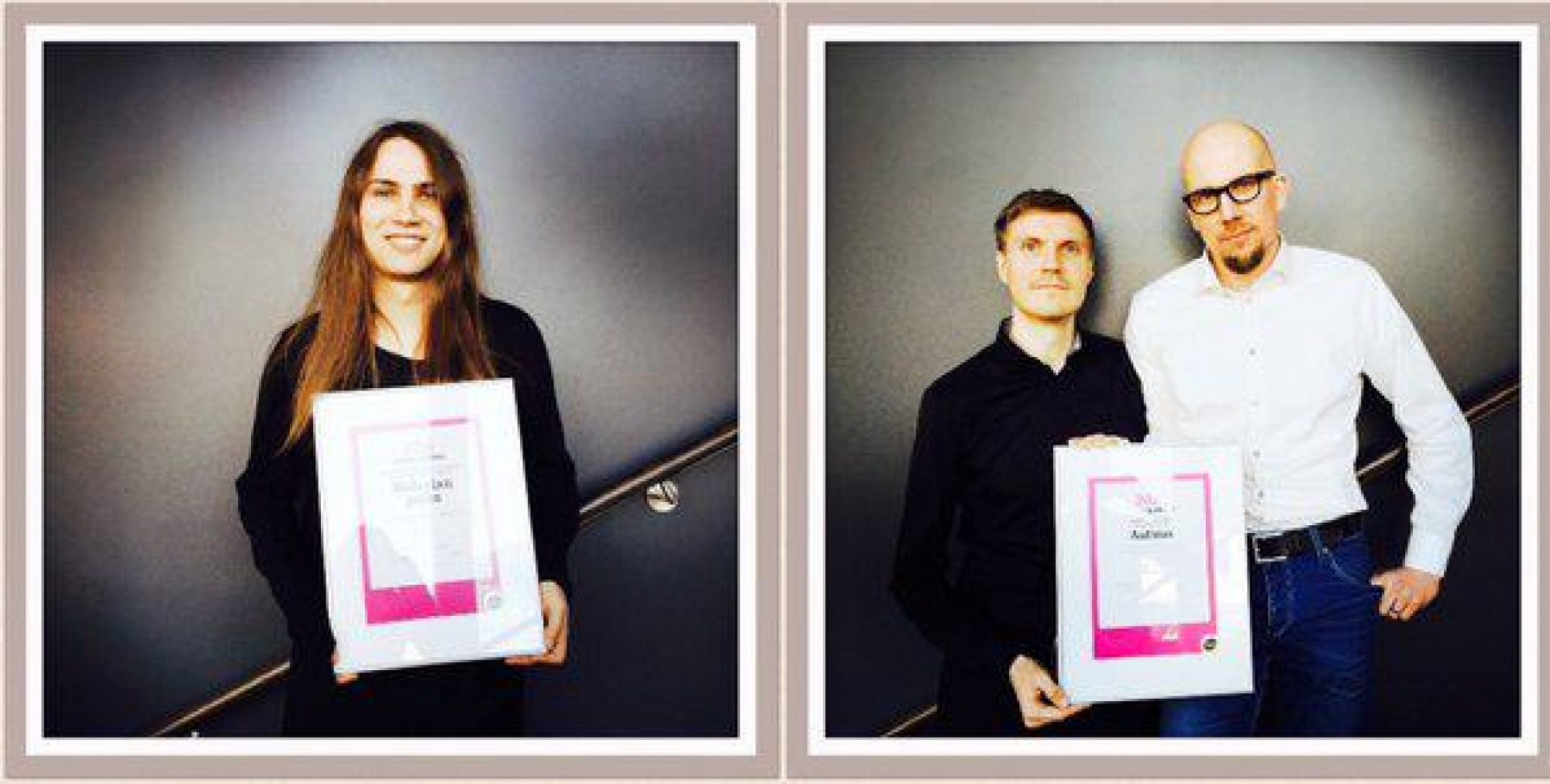 The three judges selected the winners among the five works and pieces picked by the pre-selection jury. Minister of Education and Culture Sanni Grahn-Laasonen chaired the jury of judges, and its members were Nelonen Media’s radio director Sami Tenkanen and Mikko Hassinen, the composer of the piece that won the Teosto Prize last year.

Awarded since 2003, the Teosto Prize is one of the most noteworthy art prizes in the Nordic countries. Both of the winning teams will receive EUR 20,000 of the total award sum of EUR 40,000. The judges characterise the winning works as follows:

Bliss - Antti Auvinen and Harry Salmenniemi
"Requires utmost dedication from its audience, but offers a cathartic release in exchange. The masterly composition is complemented with libretto elements that bring out the colours and hues beneath the dark surface."

Malarian pelko - Paperi T
"Subtle yet effective, an album that deviates from its genre in a fresh way. This seemingly easy work reveals the exemplary dedication and exceptional talent of its authors."

The Hearing and Stinako nominated for Hyundai Nordic Music Prize

New and upcoming albums for winter and spring 2020

Six Finnish acts will take the stages at Eurosonic 2020