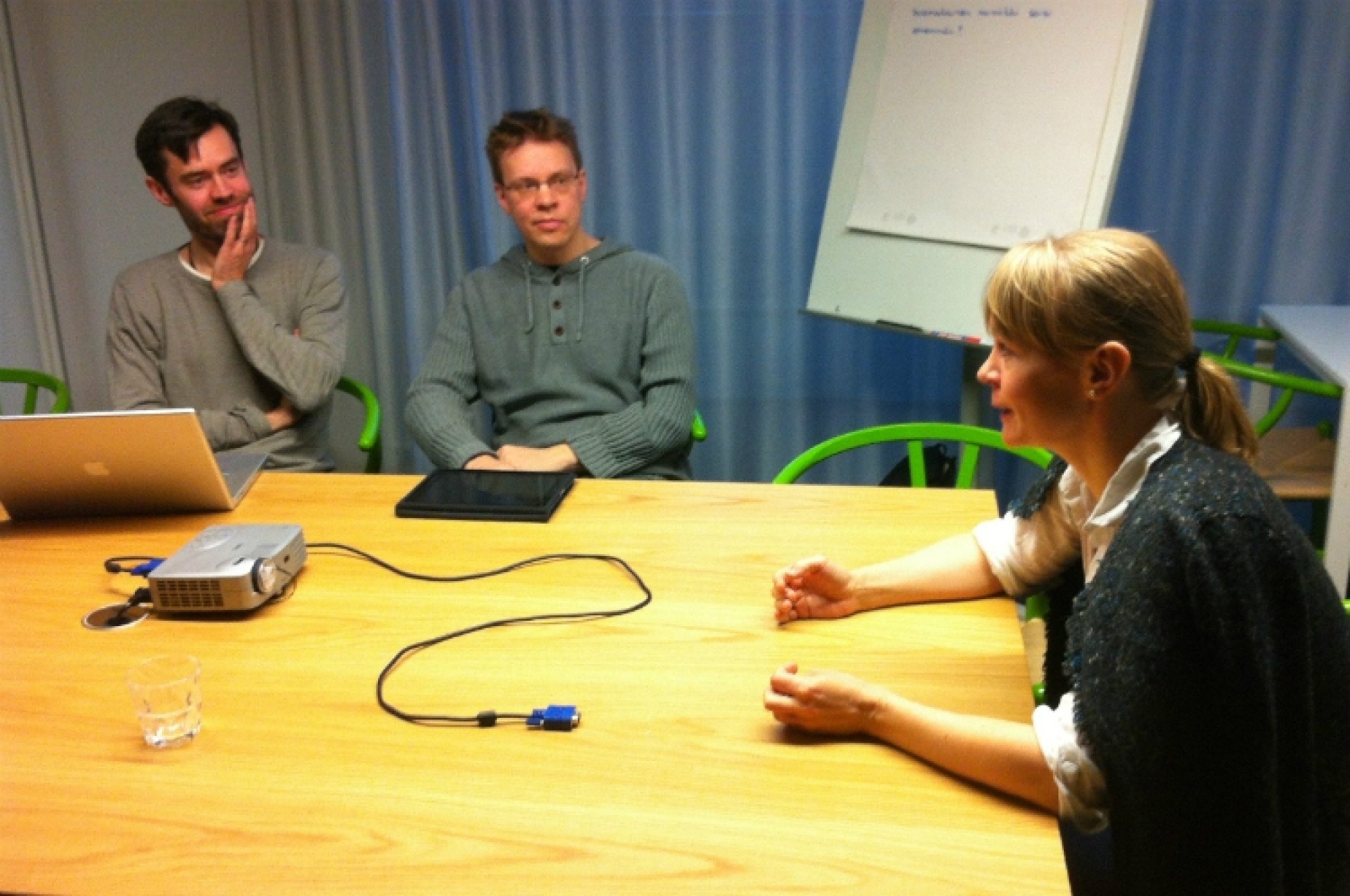 In the fall of 2013, Music Finland organized the Lentoon! mentoring programme to provide freelancers working in various facets of the contemporary music field with the tools and information to build an international career. The applicants sought for the programme included composers, performers and management professionals, such as producers, managers and artistic directors. 15 participants were chosen after an open call for applications.

The last session was held at the Kallio-Kuninkala mansion in Järvenpää on December 9th 2013. The last day’s agenda consisted of going over what was learned, looking at future plans and an opportunity to give feedback regarding the course. Participants thanked the programme for inspiring new ways of thinking about their careers, as well as giving them faith in their own know-how. Following are a few quotes from the fall programme’s participants.

"It was great to see how open the mentors were about their own work and experiences. It’s a great help in my work. I think this should be an annual project, at least in some form,” said Ville Raasakka, composer and artistic director for Uusinta Ensemble. He says he learned a lot from his colleagues during the Lentoon! programme.

"For example, Anssi Karttunen mentioned during his mentoring session that a composer needs to accessible, present during the performances and rehearsals of his work. This is where new opportunities arise. There’s no way to tell the future, so everything starts with openness and being there. New acquaintances may lead to interesting projects,” Raasakka ruminates and praises the workshops, which he found inspirational:

"A certain continuity and the ability to work with foreign professionals while at the same time amassing new contacts would be hard to build without help. This programme imparts a sense of urgency, so we do more than sit at home waiting for the long distance call to come in,” he says.

A field trip to London and Huddersfield in Great Britain was a part of the Lentoon! programme. Participants had the opportunity to meet with artist agencies and concert venues, as well as familiarize themselves with the Huddersfield Contemporary Music Festival, the leading contemporary music event in the field, and the people behind it.

"We made some very beneficial and potentially interesting contacts in the field on the trip. I was also able to bounce our own ideas off the other people on the course and the international professionals. It was all very encouraging,” Satu Strömberg, artistic director of Helsinki Skaala Opera, remembers.

Strömberg started at her job last spring and the coaching came at the right moment, supporting her and helping her orient herself to a new task and professional identity.

"Long-term, systematic work requires internationalization, too. Most of the time my job consists of sitting alone in an office, so meeting new contacts and networks has been really rewarding,” she says.

Percussionist Janne Tuomi emphasizes the significance of new contacts and acquaintances, too.

"Being a musician is frequently a lonely job, so working in groups and talking to different people in the field can be inspiring. Seeing the field from the record companies’, publishers’ and others’ point of view was enlightening. It helped understand how things work on a larger scale,” he notes. Tuomi believes the programme gave him more courage and confidence in what he’s doing.

"A particular kind of Finnish introversion is not exactly a strength when it comes to internationalization, so the encouragement and support a programme like this provides is pretty important,” he laughs.