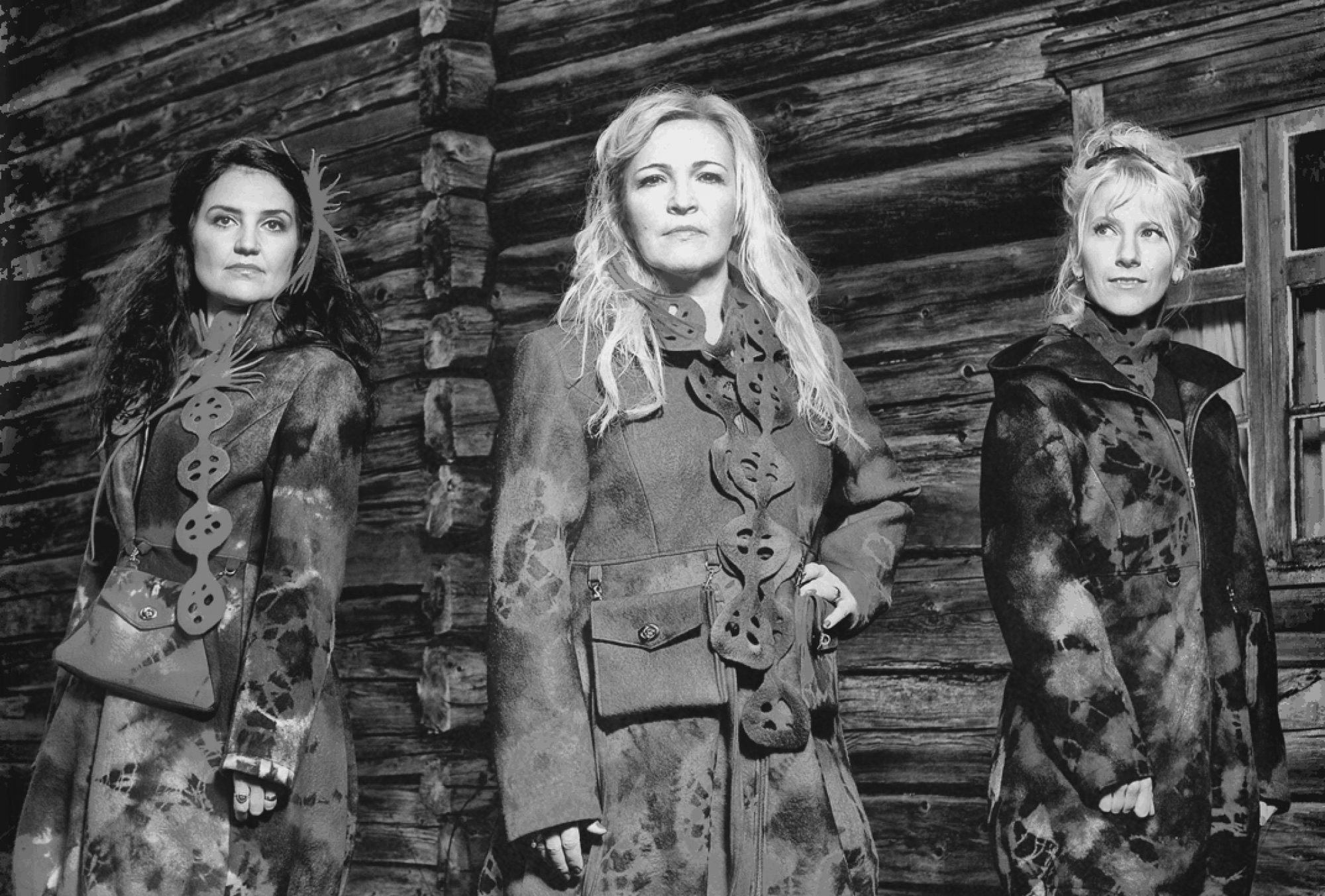 Ahead of Värttinä's performance at LIFEM 2013 on October 30 in London, Tove Djupsjöbacka had a talk with group's members Mari Kaasinen and Matti Kallio.

It all started in the village of Rääkkylä 30 years ago. A group of young people started to sing and play folk music together. Their energetic shows were guaranteed crowd-pleasers – and before long they were off and towards international fame.

Compared to the original version, the 30-year-old Värttinä is a different group altogether. The stage is now commanded by a highly professional ensemble, an experienced flagship for Finnish ethno music. The group has released eleven studio albums as well as a live recording, a “best of“ compilation and a DVD.

The line-up of the band has experienced many changes over the years. Singer Mari Kaasinen is the only remaining member of the original group. She struggles to nominate any particular highlights from her time with Värttinä.

"That’s so many years! One project I’d like to mention, though, is the Lord of the Rings musical in Toronto and London. The whole project took four years to complete, and it was an amazing learning curve. And I must say that it felt great to receive the WOMEX Award, it’s something we all value very highly!" Kaasinen says.

Värttinä has celebrated their 30th anniversary in style, including an extensive tour of Finland. It is, by the way, worth remembering that the Värttinä lyrics can be challenging even to native Finnish speakers!

"Many Finns tell us that they have absolutely no clue of what we’re singing about", Mari Kaasinen laughs. "So we are very accustomed to explaining what our lyrics actually mean, and body language always helps..."

One of the band’s current leading figures, multi-instrumentalist Matti Kallio, joined Värttinä in 2009. He composed the bulk of the material for their most recent album Utu (Rockadillo 2012) as well as being in charge of producing the CD.

"It’s obviously very interesting and challenging to join a band such as Värttinä", Kallio says. "It’s a band with a long history and strong traditions. It was very helpful that I already knew the members of the band and their music from long ago."

Kallio says: "Värttinä’s music always has echoes of the many previous stages of the band, although each album has had a different emphasis. The previous studio album Miero (Real World 2006) was fairly dark.  We wanted the new album, Utu, to include lighter shades and even humour."

The choice of musical elements in the music of Värttinä is now very different compared to the early years.

"In the beginning, we used a lot of traditional material and learned repertoire from archival tapes", Mari Kaasinen reminisces. "These days, each member contributes to the writing of both the tunes and the lyrics. The line-up is different now, but it still seems to remain clear what “Värttinä music” is all about and how it should be done! Everyone is allowed to bring their own ideas into the mix."

"I think “Värttinä music” is a good term, given that we are one of the few ensembles who have created a completely unique genre", Matti Kallio reflects. "It includes certain distinct elements such as the characteristic sound of the vocals and the changing rhythms. But this genre of ours is very wide – we haven’t reached the borders yet!"

"Our music looks like us", Kaasinen continues. "Traditional elements are still included, but we strive to update them to sit well with the modern world. And the language and the rhythm of the Kalevala, that’s something we’ll never abandon!"

To mark the anniversary year, the group has recorded a new single, "Lasetus". The new release is a fine showcase for the ensemble’s current line-up, which has again changed since the album Utu.

"We certainly have new tricks up our sleeves", Kaasinen teases, while Kallio contributes: "We’ll keep going forward with unstoppable energy and drive!"

Värttinä will perform at LIFEM 2013 - The Finnish Line on Wednesday, 30 October 2013 at Kings Place, London. Read more about LIFEM 2013 on our event page here.