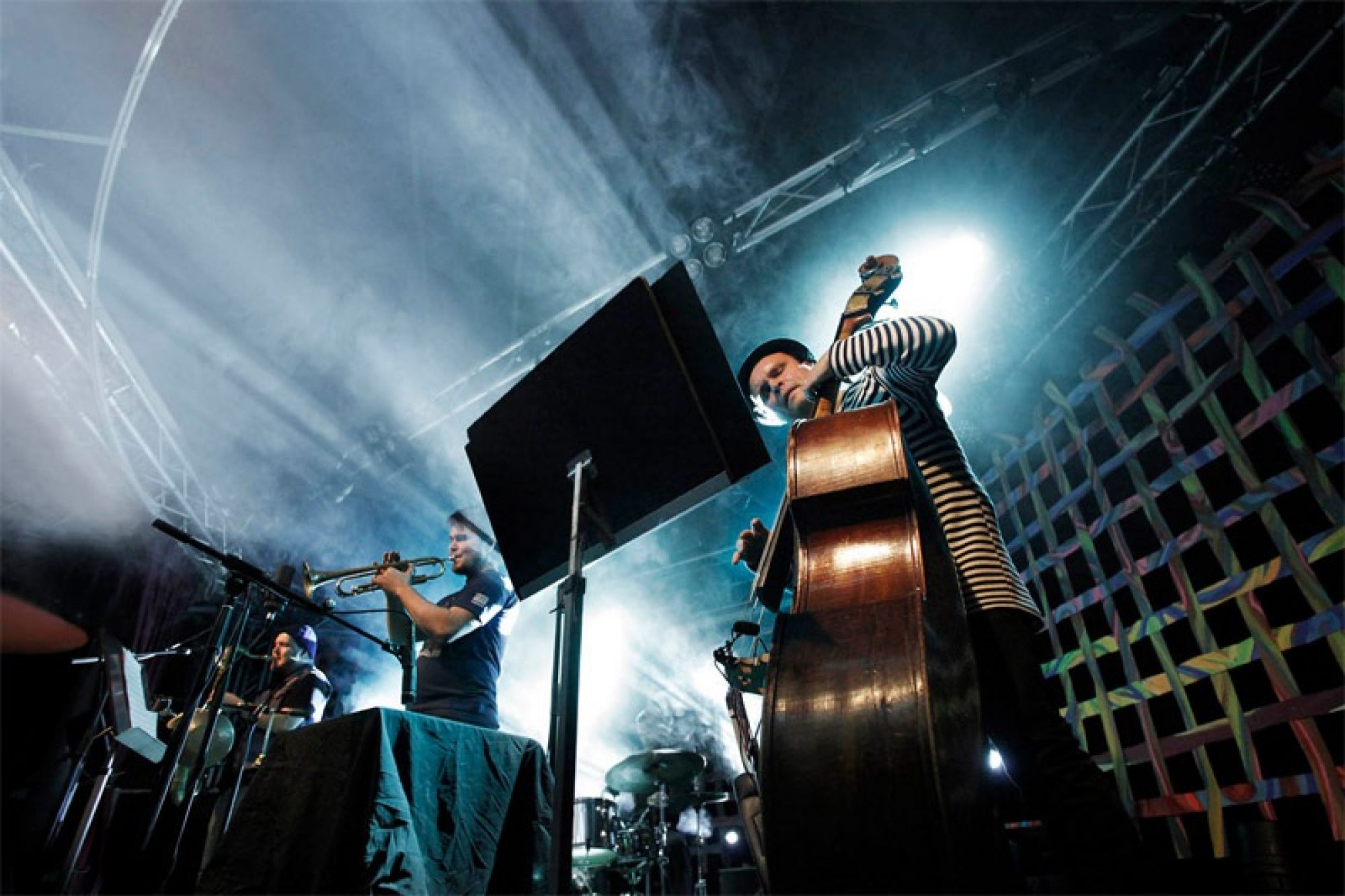 Black Motor, hailing from Tampere, offers a welcome deviation from the Helsinki scene. They have also won over audiences far beyond the ”jazz crowd” with their honest and hard-hitting musical approach. The trio releases music on the Kauriala Society imprint, and the limited vinyl release Never Out of Fashion recorded live in Amsterdam, was recently followed by Hoojaa. The album is another strong Black Motor effort which also earned the group a Jazz Emma nomination in the race for the best Finnish jazz album of the year. Black Motor is: Sami Sippola (saxophones), Ville Rauhala (bass) and Simo Laihonen (drums, bells, flute).

The band has been busy lately. They performed at London Jazz Festival in November and are heading to St Petersburg and Moscow this week.

At the moment Black Motor is in studio to record their upcoming album that is due in early 2013. TUM Records just released an album entitled Rubidium, a collaboration between Black Motor and Verneri Pohjola. The band is also about to make an album with rapper Hannibal.

And if that is not enough their latest LP Jumehniemi will come out on CD before Christmas.