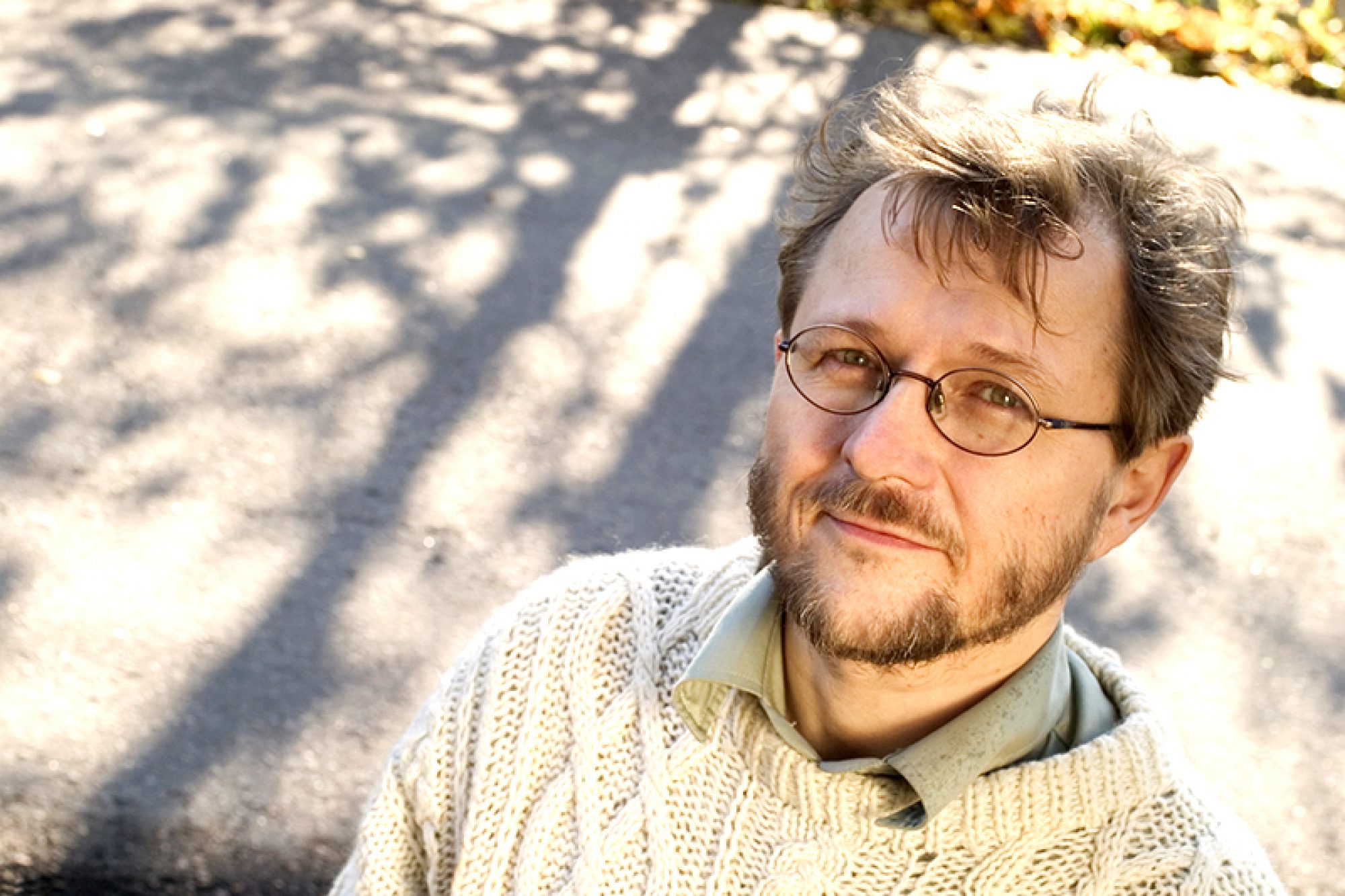 Composers began collaborating with orchestras in a big way in the late 1990s, and their partnerships are still bearing fruit. One of the most prominent has been that of Harri Vuori and the Hyvinkää Orchestra.

Finnish composers have a better chance of getting their orchestral works performed than their colleagues do in most other countries. Finland has a few ensembles such as Avanti!, Uusinta and the defunensemble specialising in the performance of new music, but commissioning and performing music by Finnish composers have become major items on the agenda of many a municipal orchestra, too.

In proportion to the size of its population, Finland has a large number of orchestras, almost all of them eager to play new Finnish music. The Finnish Radio Symphony Orchestra, for example, has made a point of commissioning and performing new Finnish music ever since its inception, but such smaller ensembles as the Lapland Chamber Orchestra and the Ostrobothnian Chamber Orchestra have also increased the volume of Finnish chamber orchestra repertoire through numerous commissions.

In most cases, the orchestra’s management agrees with the composer on the instruments for which the work is to be scored, any soloists, and the length of the piece, after which the composer is free to do what he or she likes within the given framework. The composer may be in close contact with the soloist during the process of composition, but as a rule, the collaboration with the actual orchestra begins with the rehearsals for the finished work. The composer and conductor then go through the score together, discuss any technical problems with the players or in general ways of putting the composer’s ideas into practice. But there have also been – and still are – more varied forms of collaboration.

The composer as part of the orchestra

From 1997 to 2000, a project was run in Finland that for the first time in the history of Finnish classical music made the composer an integral part of the orchestra. Going by the name of ‘Back to the Future. The composer as part of the orchestra’, it was essentially a composer- in-residence project. Fourteen orchestra-composer pairs took part in this experiment masterminded by the Finnish Music Information Centre (Fimic, now Music Finland) and the Association of Finnish Symphony Orchestras and aiming to discover novel collaboration procedures.

The title of the project, ‘Back to the Future’, inspired by the well-known sci-fi comedy, alluded to the fact that Finland had never known the court and church composers common elsewhere in the 17th and 18th centuries – the composers regarded as musicians and part of an orchestra rather than as geniuses sitting in solitary state in an ivory tower. The composer-in-residence project therefore wanted to “go back to the future, to a time when the composer was one member of an orchestra, one of its musicians”.

In addition to the composer-in-residence practice based on the historical models and common in British and US orchestras, the ‘Back to the Future’ project was inspired by the example of a few composer-orchestra alliances already operating in Finland; Kalevi Aho and the Lahti Symphony Orchestra, Pehr Henrik Nordgren and the Ostrobothnian Chamber Orchestra were already working hand in glove even before the composer-in-residence project was launched. The orchestras involved in the project selected their partners from a list of composers drawn up in advance. Almost all the pairs continued working together until the end of the agreed three years, and a few, encouraged by the experience, for even longer.

The composers were given very detailed instructions in the hope that the collaboration would extend beyond a mere commission. The orchestra had to add the composer to its payroll and perform not only a commission but also other works by him or her. The composer was in turn expected to participate in choosing the orchestra’s repertoire and in its basic PR.

The project got a tremendous amount of favourable publicity, and although it officially ended in 2000, it is still extremely well known in Finland. Some of the partnerships established in 1997 are still going strong today.

Harri Vuori (b. 1957) and the Hyvinkää Orchestra under its conductor Tuomas Pirilä are still collaborating long after the composer-in-residence project officially ended. The Orchestra chose Vuori as its composer-inresidence in 1997, right at the start of the project, and the partnership is still bearing fruit.

The thing that strikes the listener in the music of Harri Vuori is its rich sound, which is the result of carefully polished details and an excellent command of spectral harmonies, radiant tone colours and instruments. Vuori in fact says his scores are often like lace: “The individual threads (parts) are not in themselves more important or more interesting than the others, but woven together, they form an overall fabric in which each individually traced line is important.”

In just the same way, Vuori thinks of the orchestra as an integrated, multi-coloured instrument of infinite timbral potential rather than as a line-up of individual players. Though he nowadays composes almost only commissions, he does not actively think of the commissioning orchestra or its specific sound while he is composing; instead, like a true colourist, he considers the space in which the work will be premiered more important.

Known for its open-minded programming policy, the smallish Hyvinkää Orchestra can be regarded as an expert on various aspects of collaboration within its host town. Consisting of 43 players, it has taken part in various local education projects and is very closely involved with the Hyvinkää Music Institute. Works by previously unknown composers, unfamiliar works by well-known composers, contemporary music and premieres all rank high on its agenda. In addition to its collaboration with Harri Vuori it has commissioned works from such composers as Riikka Talvitie, Max Savikangas and Lotta Wennäkoski.

Tuomas Pirilä, Artistic Director and conductor of the Hyvinkää Orchestra, says that its long collaboration with Harri Vuori has significantly moulded the Orchestra’s sound and feel for harmony. The players have become familiar with spectral harmonies and microintervals through Harri Vuori’s works.

“Harri Vuori’s orchestrations call for a great deal of personal responsibility, in the strings, for example,” says Pirilä. “In his second symphony he often divides each violin section into eight parts, so that in places, the violinists each have different parts to play. The same applies elsewhere in the strings. True, you can find this in the works of lots of other composers, too.”

Vuori says the partnership has been just as rewarding for him. During the composition process he often discusses technical aspects of instruments with the players, and especially the soloist. In his conversations with percussion players he has had some real ‘eureka’ experiences on discovering how to achieve a timbre he wants in practice.

Working with musicians for so long has, Vuori feels, taught him a lot and is a good practical procedure. He knows the Hyvinkää Orchestra players well, so their mutual interaction has been easy and direct. Feedback, alterations suggested by players, and compromises between an idea and the sounding reality have, he reckons, in many cases improved the final outcome.

Once the score is finished, Vuori and Pirilä go through it carefully together, checking for any misprints and unclear instructions. Vuori is frequently present at rehearsals and may still change some tiny detail.

“My long partnership with the Hyvinkää Orchestra has eased my mind as regards last-minute changes; I know the Orchestra is familiar with my style and will find the timbre I’m aiming at,” he says. Thanks to the close cooperation, the smallness of the Orchestra has not been an obstacle to the in-depth exploration of timbral music. In keeping with the spirit of the composer-in-residence project, the partnership between Harri Vuori and the Hyvinkää Orchestra has not been confined solely to the composition and performance of works by him.

Vuori had earlier been a member of the Orchestra’s programming committee and had often suggested works by other Finnish composers to be added to the repertoire. His commissions and teaching nowadays keep him fully-occupied, and his part in programme planning is more unofficial, in discussions with the conductor or the players.

Fruits of the collaboration on disc and platform

Celebrating its 50th anniversary in 2012, the Hyvinkää Orchestra is performing music by Harri Vuori again after an interval of a couple of years. Premiered at its gala concert on November 18 2012 was his fivemovement Elfenmusik, two movements of which were performed by the Helsinki University Symphony Orchestra and Mikk Murdvee back in 2009.

The long, close partnership between Harri Vuori and the Hyvinkää Orchestra may be regarded as a particularly successful result of the composer-in-residence campaign; it has moulded both parties, and the composer has become well and truly integrated in the Orchestra.

Composer-orchestra alliances are not, in Finland, restricted to the composer-in-residence project, however. Many orchestras feature new Finnish music without a composer-in-residence as such. Among the works in the repertoire of the Finnish Radio Symphony Orchestra, for example, are many by such internationally- acclaimed contemporary Finnish composers as Kaija Saariaho and Magnus Lindberg, but the FRSO also highlights interesting new composers. The Ostrobothnian Chamber Orchestra celebrating its 40th season in 2012 performed no fewer than five new works it commissioned during the season. Many other municipal and chamber orchestras are also commissioning works from Finnish composers. In other words, the collaboration between composers and orchestras is alive and kicking!

Hanna Isolammi is a post graduate student at Helsinki University Department of Musicology. Currently she is writing her dissertation on the modernism of Finnish composer Väinö Raitio's (1891-1945) orchestral works.

Article “The composers-in residence project ten years on – a dive into the recent past and back into the future” by Antti Häyrynen can be found at: www.sinfoniaorkesterit.fi