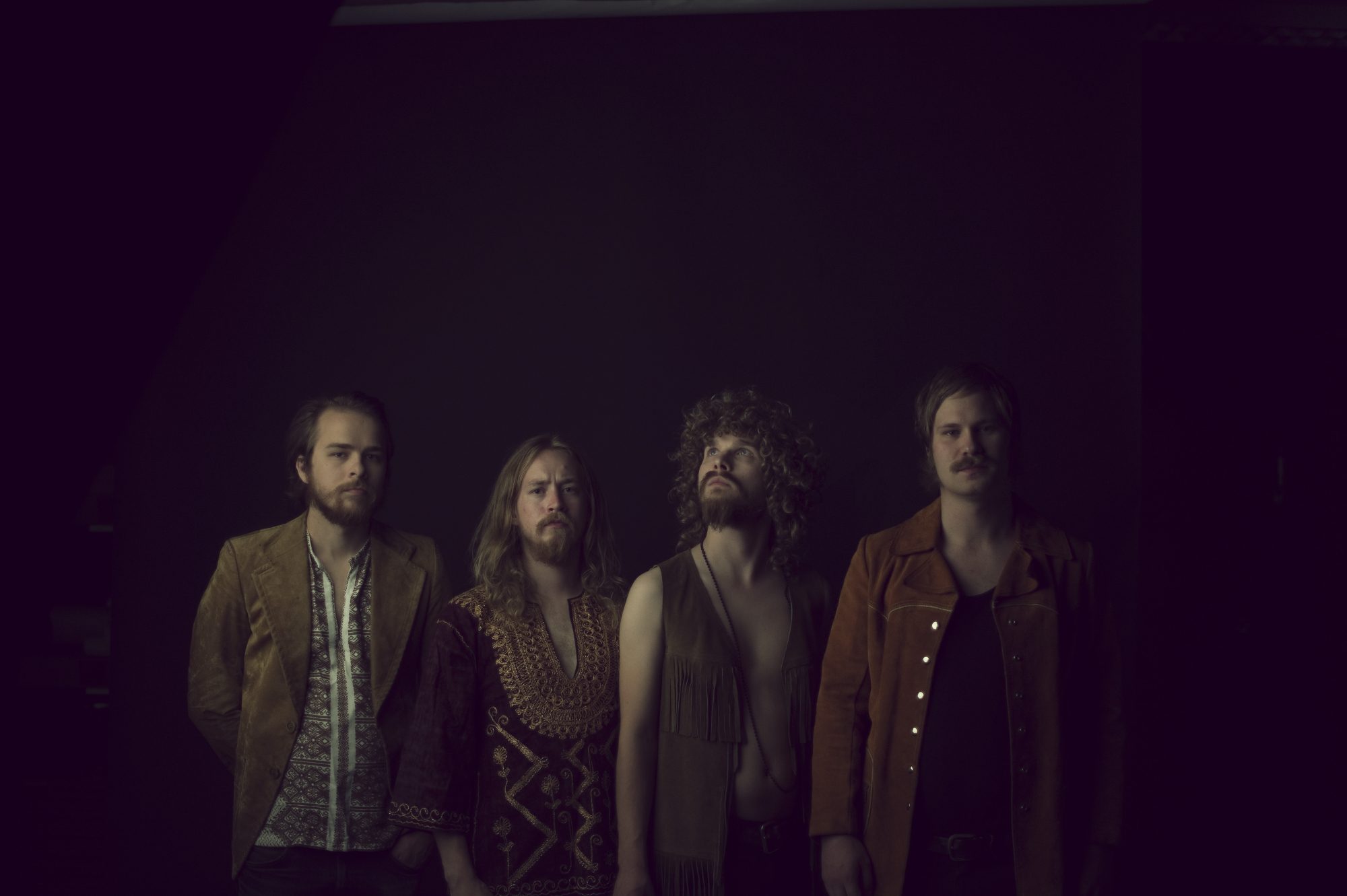 On first glance, you’d be forgiven for thinking Death Hawks is a bit retro, but don’t be fooled. The band reaches so deep into its temporally very broad set of influences ranging revolving around all things cosmic blues, boogie jazz, krautrock and mustaches, they become timeless and wholly subsumed into the fabric of the band.

It’s an exploration. Every time.

Death Hawks is currently on its first headlining tour of Europe and getting a taste of what kinds of audiences come to see them play, specifically. I talked to singer/guitarist Teemu Markkula in Poland.

“It’s interesting how the audiences vary from country to country. A lot depends on what kind of image the local promoter has created. And in some places, like Poland, people are surprisingly excited about a new band. So they’ll come see us without any idea what we do, just because they’ve never heard of us!”

Promoters also pick the opening bands for the gigs and even though they’ve mostly stuck to psychedelic bands consisting of young people or hard rock played by older people, there have been a few surprises, like new wave and postpunk bands.

The current tour winds down later in May, but Death Hawks will head back out in the fall and their aim is to build a solid audience all over Europe. The band would like more festival gigs on the continent, but a hectic touring schedule does have its downside, too.

“It’s actually a dream of ours to get to know some of the towns we’ve been through a little better.”

The tour started out in Sweden, which is only now becoming a reliable touring destination for Finnish bands. It used to be that most would skip our dear neighboring pop superpower and head straight for Germany, but this is slowly changing. Death Hawks has done some groundwork and their previous visits have helped them score some choice shows this time around.

“We like playing in Sweden. Everything works without excess stress, the food is nutritious and lodging is generally pretty close to the venue.”

These things really matter if you’re on the road for weeks on end.

As tends to happen, the band is getting tighter, thanks to a busy schedule.

“We’re definitely paying much more attention to each other and the dynamics of our playing. We’re also touring with a VJ and he’s really working his way inside the songs.”

The band’s best show so far was in Gdynia, Poland, but there’s more to touring than just playing. It’s generally equal parts elation and heartbreak, interspersed with lengthy periods of abject tedium. There have been broken tires, stolen property, passport problems and all manner of small problems, but the good far outweighs them.

“Our favorite moments so far include: Mustafa’s döner kebab in Berlin, Jalla Jalla’s falafel in Malmö, the really excited little kid in Warsaw who was seeing a live band for the first time, Polish audiences in general, Swedish vintage stores, Hässleholm skatepark and after hours improve jams on stage, the wide variety of diferent kinds of places we have played and, last but not least Boro, the master fixer and partier of Gdynia.”