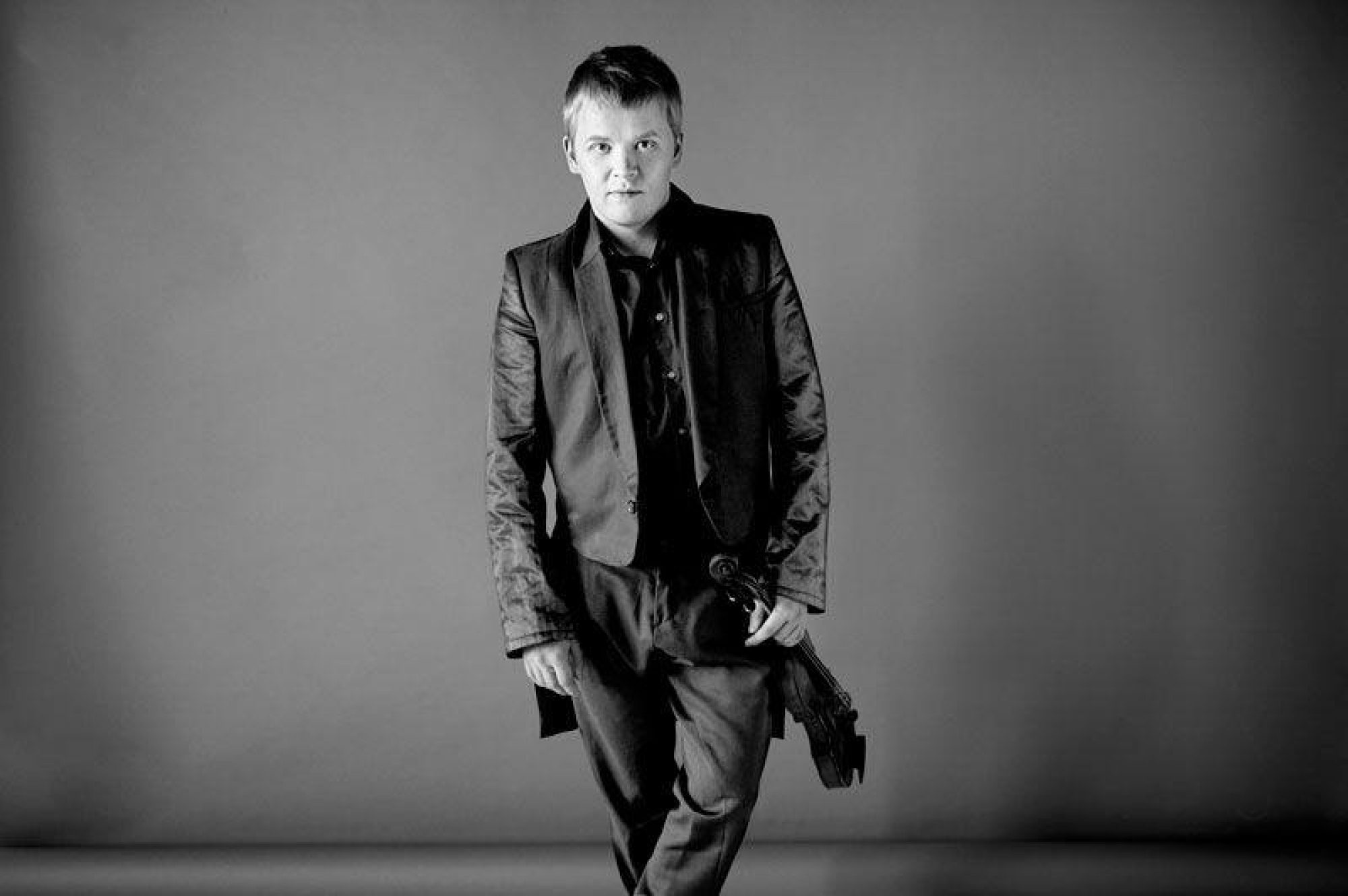 Violinist Pekka Kuusisto has received two awards this fall. In both cases the reasons included a nod to Kuusisto’s versatility and the ability to work in different contexts to produce surprising results.

The Nordic Council Music Prize adjudication committee praised his ability to work in an uncommonly broad musical landscape and invite both other players and the audience into creative interaction: As a composer, arranger and artistic leader he creates inspiring contexts, particularly within the framework of folk music.

Our Festival, which Kuusisto has been the artistic director of since 2007, won the State of Finland Music Prize for 2013. It was the first time the prize went to an organization rather than an individual, and Kuusisto was praised for his pioneering programs combining classical, folk and experimental music in traditional as well as new settings, like the forests surrounding Sibelius’ home.

Folk music plays a special role in Kuusisto’s musical development and awakening. In his early-20s he had five years of intense studies in the United States under Miriam Fried and Paul Biss as well the famous Jean Sibelius Violin Competition victory under his belt. His concert calendar was full and he was traveling a lot, playing one violin concerto over and over again.

And having no fun.

Studying under personalities as forceful as those of Fried and Biss meant that he was still searching for his own sound and heart as a musician.

At this point he encountered a world that seemed like the polar opposite of the high-pressure and perfectionist world of classical soloists he’d been playing in since realizing at age 13 that music was going to be his profession.

“People like (pianist) Olli Mustonen, (guitarist) Marzi Nyman and the folk musicians I met helped me disengage from a very American manner of approaching the violin,” Kuusisto says. “I started going to a place called Vernissa in Tikkurila, Vantaa once every month or two with a group of people to just fool around. It was high-velocity improvisation – very loud, very explosive and quite humorous. We weren’t on stage to realize a plan. We were there to see where the music might take us. Over time it taught me that no matter what happens, I could handle it.”

The second formative event was a visit to the Kaustinen Folk Music Festival.

Kuusisto had only heard the more conservative end of the folk music spectrum and hadn’t found it appealing, but he ended up going with a friend anyway. They went to see JPP, who were celebrating the release of String Tease (2005).

”So many things regarding playing music and the function of music in people’s lives became so clear to me at that moment,” Kuusisto explains. ”It amazed me how far back this constantly developing tradition reaches and the players don’t try to shine as soloists, like I’d been trying to do for the last 15 years. It was the strength of the collective in action.”

Kuusisto felt like the musicians were almost embarrassed by how impressed people were with their playing.

”The collective nature of what they were doing was important. And refreshing. Later, all this helped me feel comfortable with the performance traditions of a variety of styles, even though I’m not an expert of any period,” Kuusisto says.

There was a deeper connection to the music and the sound.

“Listening to JPP, I realized how much the network of ancestors lurking behind them means. The strength comes from letting things develop slowly and making something of your own without pissing on your ancestors,” Kuusisto says. “I tried to find a connection with the heroic violinists I listened to as a child, like Haifetz, Perlman and Zukkerman, but couldn’t.”

He was a fan, but he didn’t feel as connected.

“For classical soloists, there’s this idea of having a beautiful sound and when you have it, you use it for every performance, regardless of what the song needs,” Kuusisto says. “But I just don’t get it. In more traditional music, that honeyed tone is not the point at all. It’s playing what’s right for the song.”