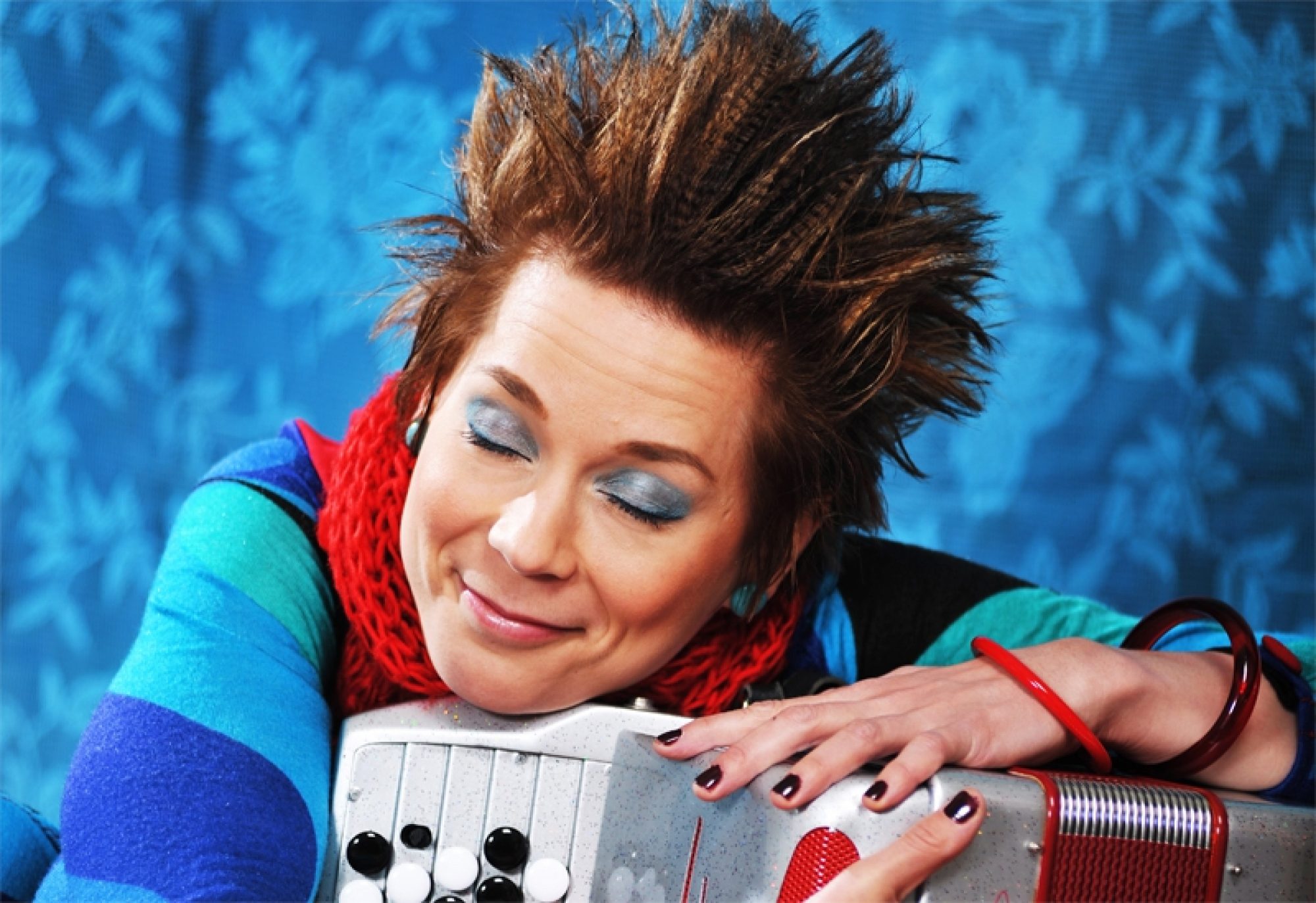 The young-generation accordion virtuoso and connoisseur of the world-wide tango tradition Johanna Juhola has done it again: updated the Finnish tango to the present moment in a most innovative way.

Her third solo album Fantasiatango 2 was released in Finland 21 November; the international release dates for spring 2013 are to be confirmed soon. Fantasiatango 2 represents the undoubtedly recognizable Johanna Juhola style, yet with a refreshing new twist – it is an original blend of tango and electronica, laced with both Slavic melancholy and uplifting exuberance.

Featuring on the album are Johanna’s groups Reaktori and Johanna Juhola Trio. Even a Swedish rap artist Promoe is guest starring on the eclectic yet stylish album.

During the spring 2013, Johanna Juhola will be busy touring with Unto Tango Orchestra (New York and Washington, February 2013), and in April, Johanna Juhola Reaktori will do an extensive tour in the UK.