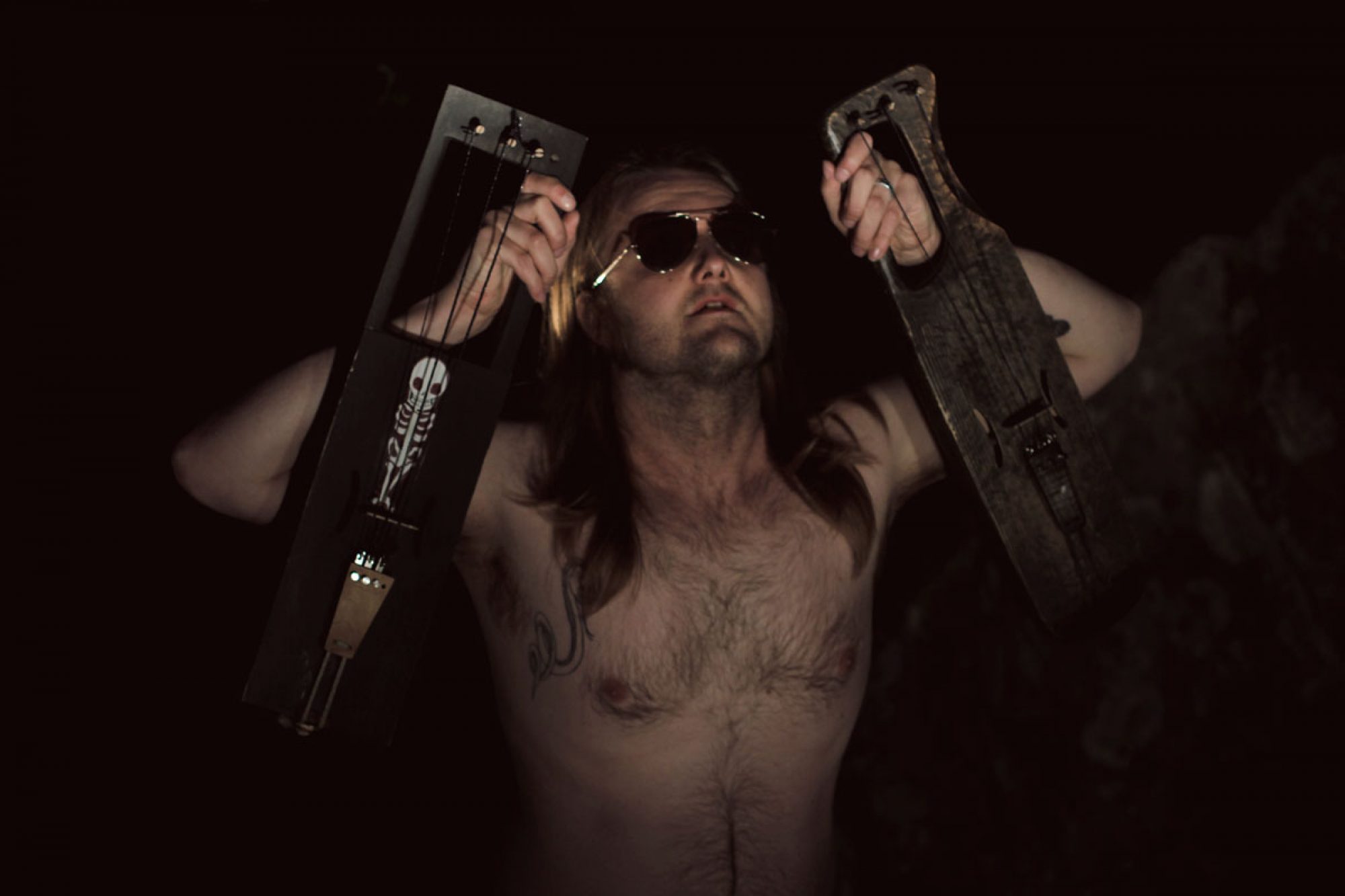 Matti Nives had a talk with Pekko Käppi ahead of his performances at WOMEX and LIFEM 2013.

When thinking about the traditional jouhikko instrument, it’s virtually automatic to think about Pekko Käppi, its most visible torch bearer in the contemporary music scene. Käppi’s memorable recordings and performances as a solo artist, with the Jouhiorkesteri, plus several other ensembles have created a strong ambience of archaic music which echoes the deeper roots of sonic creation as such.

”The jouhikko is an exotic instrument so of course there are always people asking about it at gigs”, Käppi says. ”What’s interesting is that it happens equally in Finland and abroad.”

In 2013 Käppi has toured extensively in Finland and the last months of the year see him taking his horsehaired bowed lyre on tours in the UK and Japan. The UK leg of Pekko’s travels will feature showcase performances at WOMEX and LIFEM, latter of which presents a distinctively Finnish line up this year.

”When it comes performing, showcase gigs don’t differ that much from standard ones”, Käppi tells. ”Of course on occasion you get this cosy feeling of being like cattle being sold, but I don’t mind that at all. It’s very important to get that kind of exposure for the music, and as a music nerd I really enjoy wondering around at WOMEX, taking it all in.”

”It has been a really busy year for me in Finland, so it’s great to also go abroad now. These things often come bundled together depending on new releases and such, I’m just happy that I have the opportunity to play, whether it’s home or away”, says Käppi.

Käppi is also keen on further developing his instrument, and there’s a new prototype at hand. ”Rauno Nieminen has developed a new prototype of an electric jouhikko entitled ’FG Retzius’ and has already brought about many new ideas for both practical things and the music itself.”

Future releases include not only new material but some intriguing archival sources as well. It seems that there’s a lot of Pekko Käppi to look forward to.

”We’re working on new material for future recordings with P.K. & K:H:H:L: and even Jouhiorkesteri. I’m also very happy that my long-standing project with Lari Aaltonen in curating the field recordings of Erkki Ala-Könni is finally about to happen. Plus I’m dreaming about playing music with wolves in the near future. Of course there’s always also lots of other stuff going on, both planned and improvised.”

Pekko Käppi will perform at Finnish Music Reception in WOMEX on October 24 and in LIFEM 2013 on November 2.