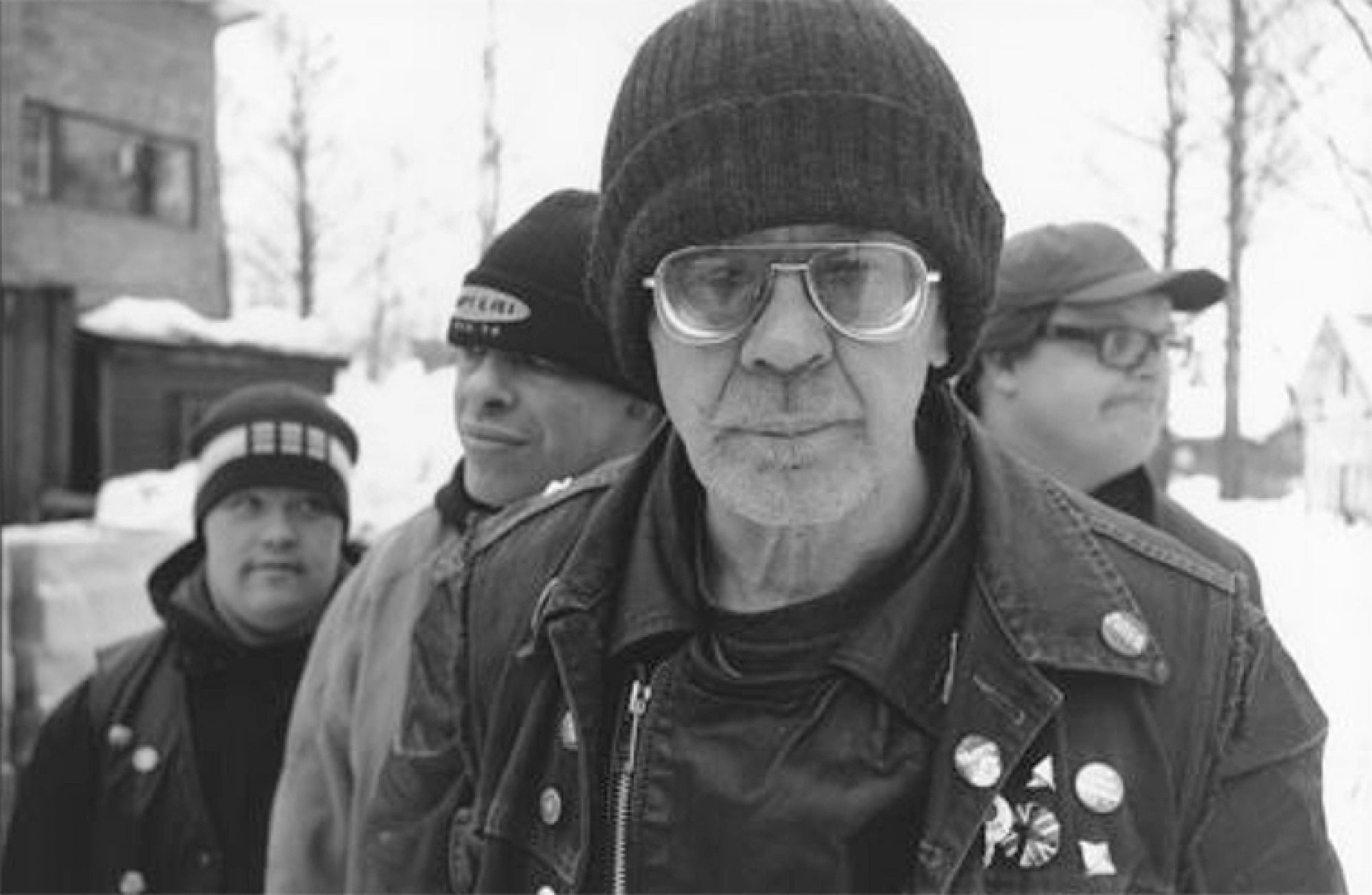 Pertti Kurikan Nimipäivät (Pertti Kurikka’s Name Day) is a punk band that was formed in 2009 in a culture workshop arranged by Lyhty, a nonprofit organization. Lyhty provides housing and education services as well as workshops for adults with intellectual disabilities. The band members, Pertti, Kari, Toni and Sami, are mentally handicapped and they play their music with a lot of attitude and pride.

Their songs are about the problems in society as well as about things that they face in their everyday life: unpleasant pedicures and the misery of living in a group home. The guys give piece of their mind to both politicians and people whose attitudes towards people with intellectual disabilities need improvement.

Pertti Kurikan Nimipäivät has achieved a cult status in Finland, and now they are getting popular also abroad as these professional musicians tour along with a documentary film about them.

The Punk Syndrome, directed by Jukka Kärkkäinen and J-P Passi, is a film which follows the band on their journey from obscurity to popularity, and about the essence of punk.

The film premiered in May 2012, and has had several festival screenings abroad, e.g. in Hot Docs festival in Toronto, Canada, in Sheffield Doc/Fest in the UK, and in Silverdocs festival in Silver Springs, US.

The documentary has been awarded with the Special Prize Swiss Post for the most innovative Feature Film in Visions du Réel Festival in Nyon, Switzerland, and with Audience Award in Tampere Film Festival in Finland.

The film was reviewed recently in Variety magazine by John Anderson:

“Focusing on the handicapped head-bangers who make up the Finnish band Pertti Kurikka’s Name Day, this thin-ice-treading docu opens a window onto alternative culture, human nature and the very narrow line between so-called normal people and those on the fringe. Proper marketing could take Jukka Karkkainen and J-P Passi’s funny, edgy and very human feature into cult-hit territory, although the subject and subtitles will provide built-in limitations for this low-budget, rock-fueled verite movie.”

The Punk Syndrome on the web
Silverdocs festival