Lotta Wennäkoski is in a position from where it is natural to look back, but also forward. Read our interview with the composer, whose piece Flounce had its debut at the Last Night of the Proms.

Meeting in a café, the first thing composer Lotta Wennäkoski notices is the hum of a fridge in the corner. We agree not to sit next to it for reasons relating to the recording of this interview, but the incident sets Wennäkoski thinking.

”Music is the only place where we get away from the noise that surrounds us. I'm talking specifically about live performances, in concert halls. Everything else is just saturated with various kinds of background noise from machines.”

A pause to think, and she continues.

“I don't really care for technology. I mean, I'm not vehemently opposed to it, but I find myself getting away from it by choice: I don't have a smartphone, although I do use a computer in my daily compositional work”, Wennäkoski says.

Having studied composition under i.e. Kaija Saariaho, a prominent composer known for her use of electronics, at the Sibelius Academy 1994–2000, Wennäkoski is well versed in the possibilities that technology provides, but she has chosen a different path.

“I really like writing for the orchestra. No other embellishments than non-conventional playing tehniques, as just last month we rehearsed and debuted my new Concerto for Guitar (2017), where the woodwinds follow the guitar in using a ruler as an instrument: for musical effect – but I also like the visual element it provides in a live performance. I am intrigued by the  limitations come with an orchestra  – and wouldn't really see them as limitations at all. I find I get very much out of an orchestra”, Wennäkoski explains.

Big Night at the Proms

Wennäkoski is in a position from where it is natural to look back, but also forward. Her composition Flounce (2017) had it debut at the Last Night of the Proms this September.  As debut performances go in the world of classical music, few stages compare: counting all the people inside the Royal Albert Hall and the people watching from video screens in Hyde Park and the parks around Britain – not to mention the television – the performance was witnessed by tens of millions of people.

”It was a wonderful opportunity, I have to say, in hindsight. Especially considering that the commission came quite late and my calendar was full by that point. Turning down something like that is unfathomable. Even if my summer holiday was just six days long”, Wennäkoski laughs, noting that Flounce is sandwiched between the aforementioned Concerto for Guitar and a choral and orchestral piece for the Radio Symphony Orchestra and Polytechnics Choir for Finland's Independence day celebrations in December.

Aware that her piece would open the evening, Wennäkoski steered towards a more celebratory than meditative tone. Flounce takes it stride from the meaning of its a name, evident in its exuberant prancing quality, but carries within it a double meaning of the word, marking a fold in a cloth or a collar.

“That's something that inspires me. I have a flute concerto called Soie (2009), which plays upon the Finnish word for sound “soi”, but also the French word for silk, which is “soie”. I also have a choral piece called Ommel (tr. Stitch, 2015). Cloth, and sewing and weaving, are a definite point of interest, although I am terrible at  actually sewing and crafts. I just find it to be an interesting and useful analogy for the structure of music. How you structure your notes is similar to weaving, in some sense”, Wennäkoski explains.

"I find it to be an interesting and useful analogy for the structure of music. How you structure your notes is similar to weaving, in some sense."

Flounce fit the tone of the evening, but also seemed to be comfortable with the arches and curves – the architecture, for want of a better word – of the Royal Albert Hall, a building Wennäkoski had never visited before. Space, and spaces are important to her. She says she finds herself writing with the Helsinki Music Hall in mind.

“When I know the building, I know how the piece will sound, and take great pleasure in injecting a note in a specific spot, knowing exactly what the effect will be, musically and spatially”, Wennäkoski says, enhancing her speech with a gesture that looks like she would be picking a hole in a balloon with a needle.

“Finnish composers are known for their craftmanship, for being good at what we do. I for one like to be known for the quality of my work than for other things. I like to toil and tinker away at my work”, Wennäkoski stipulates.

Wennäkoski recounts that in her mind one of the possible reasons that led to her Proms commission was a broadcast performance of an earlier piece of hers by the BBC Symphony Orchestra in 2015.

“I was so intrigued by this that I actually attended the rehearsal at studios in Maida Vale, sat and listened and then had a chance to interact with the players and the conductor. The musicians particularly seemed to appreciate this. For instance, one of the things I did was to suggest to them to emphasize the rhythm –  which often isn't the thing in contemporary music like mine – with a lot of harmonics and floating images. This tiny wish really seemed to explain the piece to them. Not to say the rehearsal had been in any way bad, it just lacked that small emphasis on pulse”, Wennäkoski remembers. 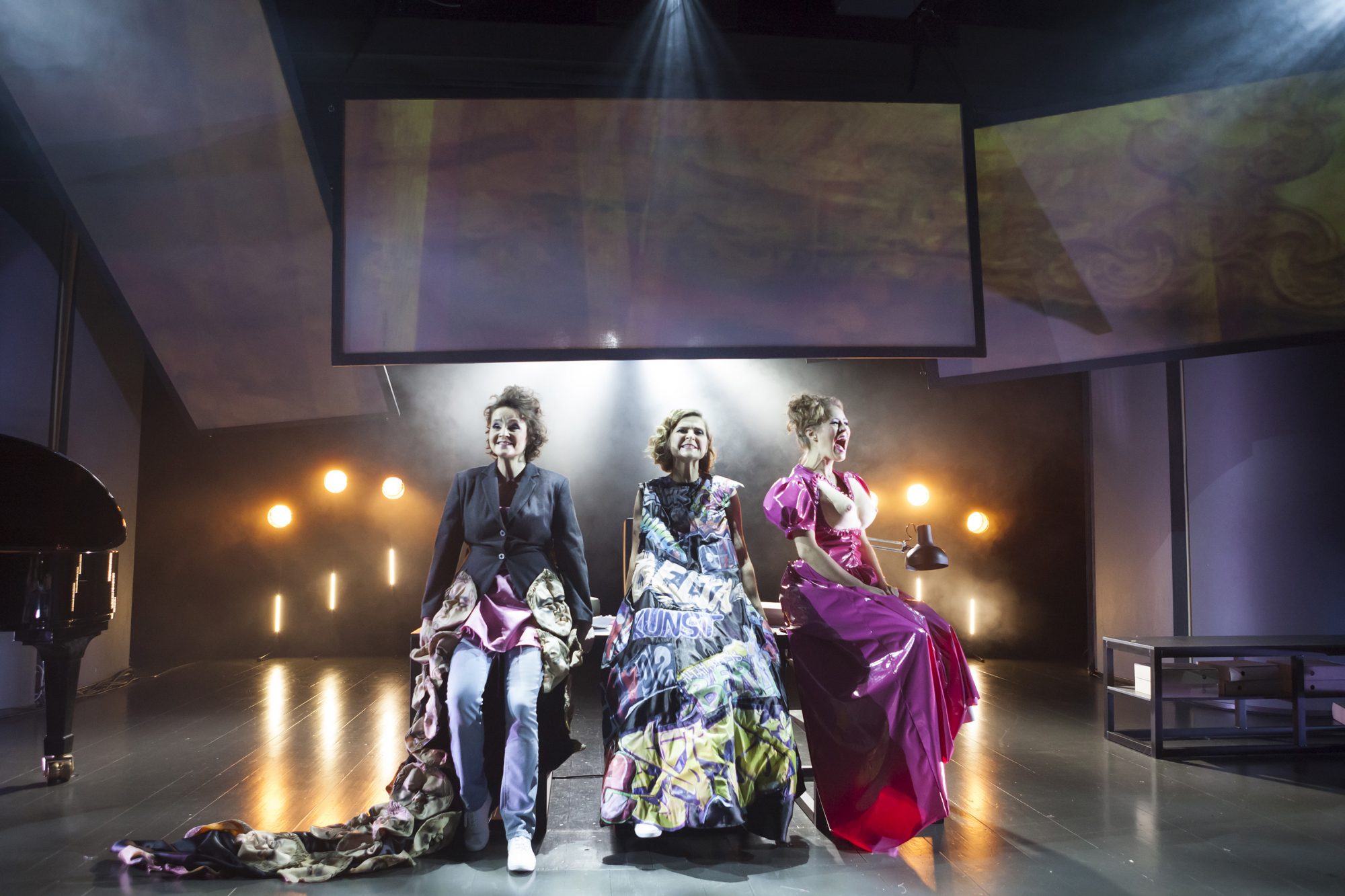 Having studied both in Hungary and more recently in the Hague in the Netherlands, Wennäkoski is in a position to comment on the international aspect of her metier.

“I have never strived to break internationally. That is just something that happens – if it does – as a result of the quality of my work. Those two stints abroad you mentioned are just a year here and there, being an exchange student. But yes, there are differences in approach. Central Europe tends to be more rigid and segregated: contemporary music has its own festivals and is rarely mixed with older music. Britain feels comfortable because it is very much like Finland: older and contemporary material is mixed quite without prejudice, and audiences are very open to this”, Wennäkoski muses.

Being a woman in a metiér that is traditionally seen as a predominantly male is not an issue for Wennäkoski.

“Yes, you do stick out if you're the one person out of five wearing a skirt, but I don't really think this is an issue anymore. The amount of women composers is exponentially growing, and this kind of gender issue is becoming more and more difficult to keep afloat”, Wennäkoski says.

"You do stick out if you're the one person out of five wearing a skirt, but I don't really think this is an issue anymore. The amount of women composers is exponentially growing, and this kind of gender issue is becoming more and more difficult to keep afloat."

“In fact, instead of gender I'd rather point towards these jubilees we've been having recently, Sibelius 150 years in 2015 and Finland 100 now, as more intriguing motivators behind my recent forays onto international stages. And don't ask where I'll be in ten years, because I would have never in my wildest dreams predicted either of these five years ago”, says Wennäkoski, and breaks out in a laugh.

FMQ Magazine – Aspects of music in, from and beyond Finland